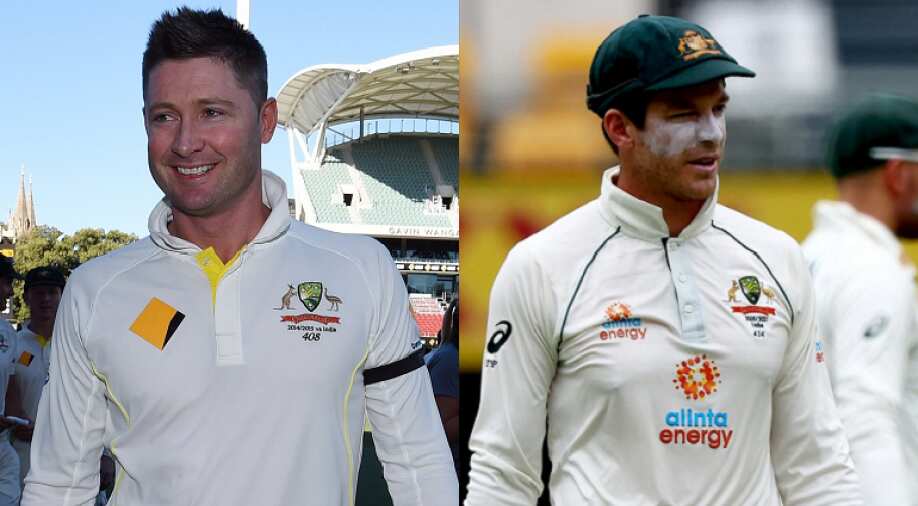 Former Australia captain Michael Clarke has named a senior player who he feels should replace Tim Paine as the new skipper of the Aussie Test team.

Former Australia captain Michael Clarke has named his pick to become the next Aussie Test captain after Tim Paine stepped down from his post due to the sexting scandal. Paine announced his decision to quit Australia's Test captaincy last week while admitting that his actions from 2017 did not match the 'standards' of an Australian Test captain. Paine was involved in a sexting scandal in 2017 when he had exchanged lewd messages and graphics with a former female colleague.

In the aftermath of Paine's sensational resignation for the post, Australia have been left without a captain ahead of the start of Ashes 2021-22 from December 08. Clarke has put his weight behind senior fast bowler Pat Cummins, backing him to become the new Test captain of Australia. Cummins is one of the frontrunners to replace Paine with several former players in the favour of him becoming captain.

While there have been reports that former captain Steve Smith could be re-appointed as the skipper of the side, Clarke believes it is the right time for Cummins to take over. Clarke said the likes of Smith, David Warner, Mitchell Starc and others can help Cummins ease through captaincy in the current Test team.

"If we were three or five years on it might be different. But with so much seniority in the team, I think it is the right time for him. Because they can help him," Clarke said backing Cummins to become new Australian Test captain, on the Big Sports Breakfast show on Sky Sports Radio.

"Steve Smith, David Warner, Nathan Lyon, Mitchell Starc, Josh Hazlewood. These guys have played a truckload of Test cricket. They can be there to help him, with or without the C or VC next to his name," he added.

Cummins is one of the best Test bowlers in the world at present and has represented Australia in 34 Test matches with 164 wickets to his name. While his credentials can't be doubted, Australia, like other major Test nations have not been in favour of the idea of appointing a fast bowler as captain of the side.

Ray Lindwall was the last bowler to lead Australia in a Test match in 1950 and the captains have since been from the batting ranks. However, Cummins has received the backing of many including Clarke, who feels he has what it takes to lead Australia in the longest format.

"You have to allow him time to get into this job. Because he hasn't had 10 years of captain first-grade or state cricket. But sometimes you can see certain things in people, and I think he's got it," Clarke said.

"He reads the game. He's a cricket captain. Looking at on the field tactics. The way he talks to his players. The way he sets the field when he bowls," he added.