Not satisfied with world championships bronze, next time I will go for the gold: Lakshya Sen 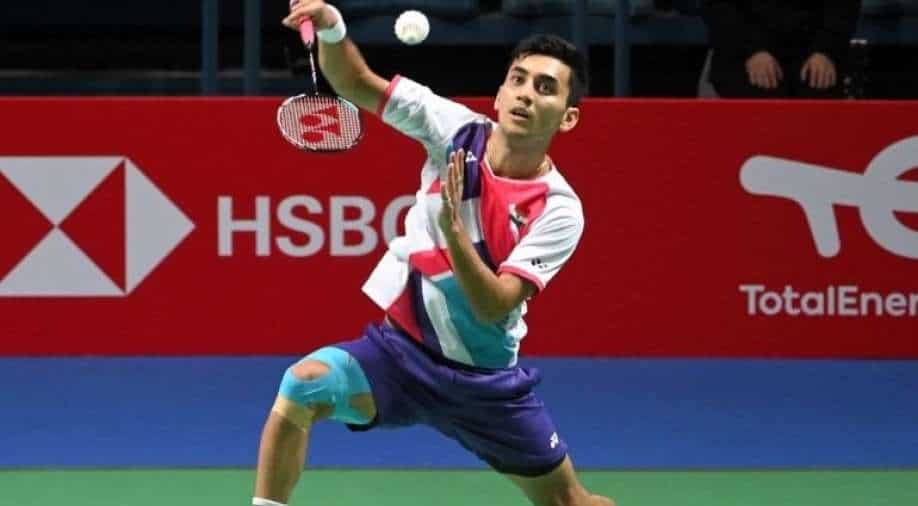 Sen joined his guru, the legendary Prakash Padukone (bronze in 1983), Kidambi Srikanth (2021) and B Sai Praneeth (bronze in 2019) in the list of Indian men who have won medals at the BWF World Championships.

Lakshya Sen, who won a bronze medal at his first World Championships, has pledged to try for gold next time, even as the young shuttler focuses on the All England Championships and the 2022 Commonwealth Games.

On Saturday, the 20-year-old from Almora finished with a bronze medal after losing an incredibly close semifinal 17-21 21-14 21-17 against seasoned compatriot Kidambi Srikanth.

"It has been a long tournament and it is difficult to take such a loss when you are so close. I, at least, got a bronze, but I am not happy. I'm not very satisfied with the performance in the semifinals," Sen told PTI.

"I played a lot of good matches, faced some tough opponents, even in the semifinal it was a close match, it could have gone in anybody's favour. The medal is something to look forward to... Next time I will go for the gold."

Sen joined his guru, the legendary Prakash Padukone (bronze in 1983), Kidambi Srikanth (2021) and B Sai Praneeth (bronze in 2019) in the list of male shuttlers from India to have won a medal at the World Championships.

"It is a good thing that in my first world championship, I made it to the semifinals and joined Prakash sir but I am looking forward to winning many more medals and events like him. Especially, I want to win the All England Championships, like him."

"The bronze medal is a big confidence booster for me, it is a stepping stone for future tournaments."

Further talking about the semi-final, Sen said, "It was a close match overall. In the last game, I made few mistakes in the end and he managed to pull out some quick points, which gave him the advantage. I could have done some things better but it was his day."

Sen had some tough matchups this week leading up to the semifinals, with two of the three matches lasting three games or more, including a gruelling quarterfinal against China's Zhao Jun Peng.

"It is hard to recover when you play three setters. The semifinal was also a physical battle. He had an easy quarterfinal compared to me, but it is a game where you have to give your best."

Sen played with a strapped shoulder and a bandaged knee, and he stated he's looking forward to getting all of his niggles worked out during the break.

"I had hurt my knee at Hylo Open when I had dived, there was pain but I managed it well. The shoulder was strapped as a safety measure as we have to play a lot of smashes during the rallies and, in slow conditions, it can be difficult. So I will fix all the niggles during the break."

Sen stated that he is eager to return to training in order to prepare for next year's big-ticket tournaments, which include the Commonwealth Games and the Asian Games.

"I'm looking to get back to training after the assured break. The season starts with the India Open and then Syed Modi for me."

"All the big tournaments such as CWG, Asiad, All England are lined up next year and I am looking forward to do well in these events."

Sen broke into the top 20 this year and is now aiming to move into the coveted top ten.

"After this tournament, I am hoping to reach world No. 16 or 17, that would be good thing for me, so next target will be to break into top 10 next year," he signed off.