'Nobody should be.....': Gavaskar unimpressed with Jasprit Bumrah's bubble-fatigue remark post NZ loss 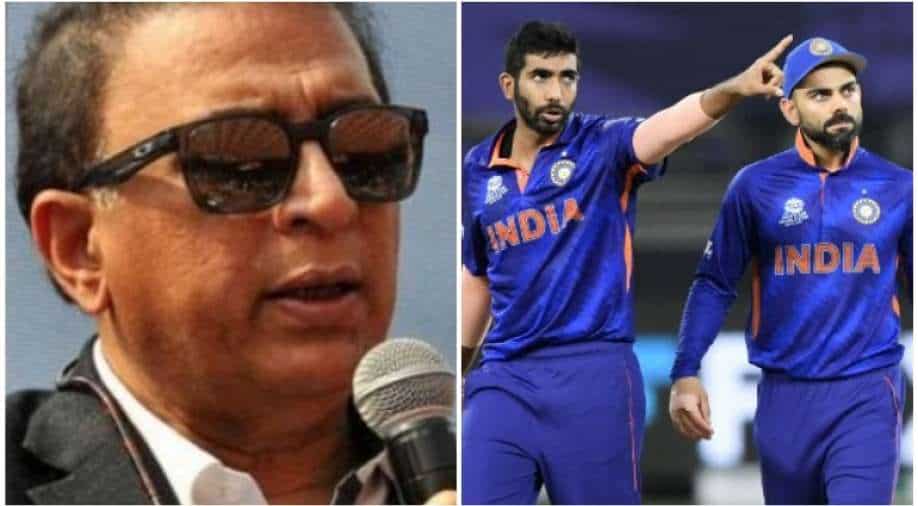 After India's eight-wicket loss at the hands of Kane Williamson-led New Zealand, at the Dubai International Cricket Stadium, Dubai, the Virat Kohli-led Men in Blue are struggling to survive in the T20 World Cup. The one-time winners India still have three games to play in the Super 12 round, however, they need to win all games and also depend upon other results to progress ahead into the last four.

Post India's drubbing versus the Black Caps, speedster Jasprit Bumrah addressed the reporters in the post-match press conference. Replying to a question, Bumrah blamed the bio-bubble fatigue as one of the striking factors behind India's dismal run in the seventh edition of the T20 WC, being held in the UAE.

Bumrah told reporters, "Absolutely, sometimes you need a break. You miss your family. You've been on the road for six months. So all of that sometimes play on the back of your mind. But when you're on the field, you don't think of all those things .. Obviously staying in a bubble and staying away from your family for such a long period of time does play a role.

"The BCCI also tried their best to make us feel comfortable .. It's a difficult time. There's a pandemic going on, so we try to adapt but sometimes bubble fatigue, mental fatigue also creeps in."

While India have been on the road since last year's tour of Australia, and have moved from one bio-bubble to another, Little Master Sunil Gavaskar isn't impressed with Bumrah's statements.

He told on Sports Today, "Well look, when you are playing for India, everything has got to recede to the background. It's as simple as that. It's an unbelievable privilege and a huge honor to be playing for and representing your country. There are millions who you know, want to get the India cap, the India colors...

“Nobody should be saying that this [bubble fatigue] is there. There should be no real excuse. You should go out there and give it your best. It's as simple as that. And that's all the Indian fans are expecting. We all know that you can't win every game. This is a sport, you are going to lose. Even the greatest of players in individual sports, even the greatest of teams lose. And this is a great team, make no mistake. The way they have played over the years, it's a top team, this Indian team is a top champion team.

“But it's only in the multi-country tournaments where they have not found their feet. So I think that's something they need to do and not talk about anything else," the original Little Master explained.

For the unversed, India toured Australia last year -- shortly after the IPL 2020 edition -- hosted England in all formats early this year, which was followed by the first leg of IPL 2021. Soon after the India leg, the national team headed to the United Kingdom, where they stayed from mid-May to mid-September. After that, the Indian players played the second and final leg of IPL 2021 before shifting their focus on the T20 WC. Thus, things have been tough on the Indian players, even though their dismal performances have left fans disappointed.

India are playing Afghanistan in their third match in the Super 12 round and need to win at all costs. Another defeat will end their campaign in the T20 WC 2021 edition.