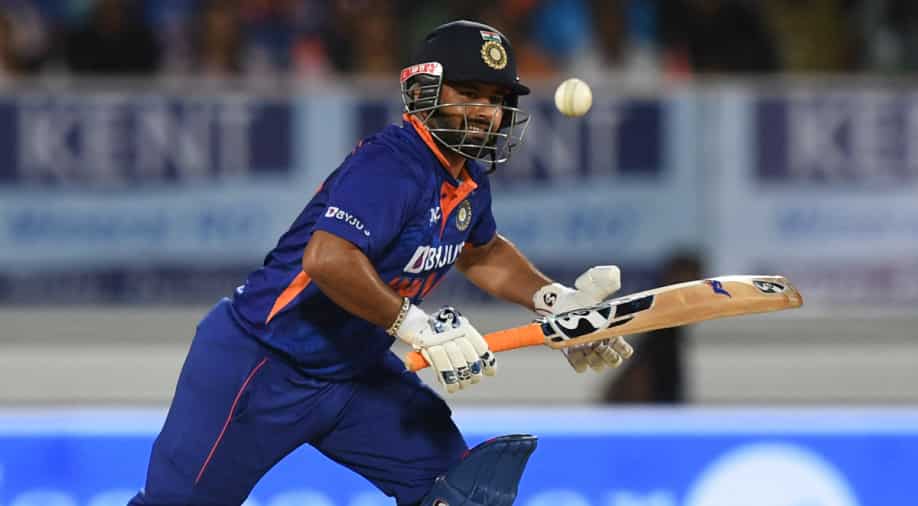 Rishabh Pant's poor show in the recently-concluded T20I series against South Africa at home has raised questions over his spot in India's T20 World Cup 2022 squad.

Rishabh Pant got a golden opportunity to captain the Indian team in the absence of regular skipper Rohit Sharma and vice-captain KL Rahul in the recently-concluded T20I series against South Africa at home. While Rohit was rested from the series, Rahul, who was supposed to lead the team in his absence suffered an injury ahead of the opening game making way for Pant to take over as captain.

While Pant enjoyed a great time as captain and helped India draw the series 2-2 after facing back-to-back defeats in the first two matches, his personal form with the bat was far from best. Pant had a poor outing with the willow against the Proteas managing scores of 29, 5, 6 and 17 in the first four games before the fifth T20I was called off due to rain.

Amid his poor show with the bat, questions have been raised over Pant's spot in the Indian T20I side with many debating if the wicket-keeper batter deserves a spot in the squad for the upcoming T20 World Cup 2022. With the World Cup in Australia just 4 months away, Pant's poor form can cost him a place in the side amid the sensational return of Dinesh Karthik and Ishan Kishan also firing at the top.

Speaking about Pant's chances of making it to India's squad for T20 World Cup 2022, former India pacer Ashish Nehra said his spot is not guaranteed in the side. The former pacer pointed out how Pant has been popular amongst all right from his initial days in international cricket due to his explosive batting but asserted that there is no stamp that India can't play the World Cup without him in Australia this year.

“Right from day one, we knew he(Pant) is going to be popular. He came the first day and then got dropped as he flopped initially. Then he came back and made a name for himself. I am very sure he will be disappointed with the kind of T20 numbers he had," Nehra said on Cricbuzz after the conclusion of India's T20I series against South Africa.

"The question this person asked was ‘can Team India play T20 cricket without Pant? Yes, Why Not. T20 World Cup is very far away. There is no stamp that says Pant will surely play the T20 World Cup. He can also get injured. But there are a lot of games in between. We will have ten T20Is and then the Asia Cup," he added.

Pant has been one of the regulars for India in the shortest format over the last few years but has failed to impress much despite having been given a long run. He has so far managed 741 runs in 48 T20Is at an average of 23.15 and a strike rate of over 123.

He has certainly not done justice to his talent and skills in the shortest format and will be hoping to spark a turnaround in the upcoming matches for the Men in Blue. He has been rested from India's upcoming T20I series against Ireland and will be seen in action during the one-off 5th Test against England next.