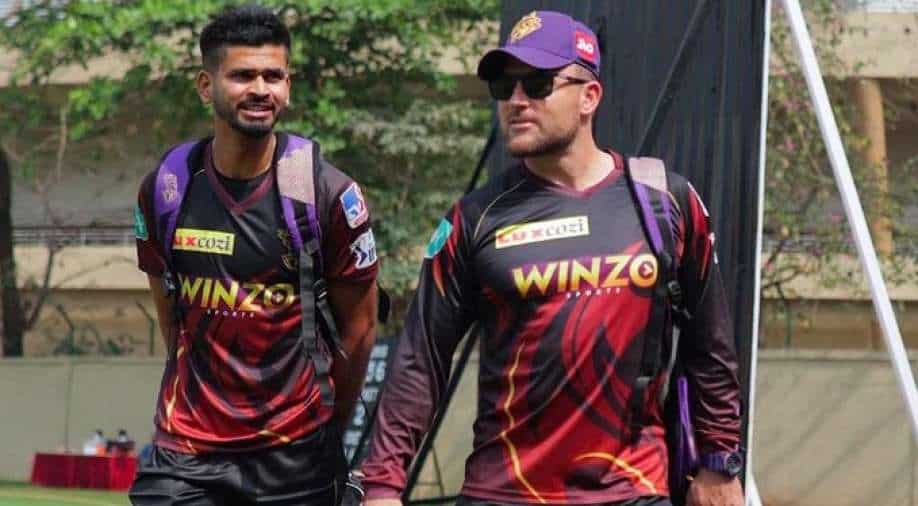 KKR will be under new leadership as big money signing Shreyas Iyer will be at the helm of affairs and there will be quite a number of new faces in the squad.

Kolkata Knight Riders (KKR) will look for some revenge when they take on defending champions Chennai Super Kings (CSK) in the Indian Premier League (IPL) 2022 opener on Saturday.

KKR started quite poorly last season but a quick turnaround in the UAE leg of the tournament saw them qualifying for the final. However, they were completely outplayed by MS Dhoni & Co as they marched on their fourth IPL title thanks to Faf du Plessis and all-rounder Shardul Thakur.

This season, KKR will be under new leadership as big money signing Shreyas Iyer will be at the helm of affairs and there will be quite a number of new faces in the squad. However, they will be without the services of Pat Cummins, Tim Southee and Aaron Finch as they take on Chennai Super Kings.

Venkatesh Iyer is expected to open the batting for KKR after having a brilliant season in 2021 and he will most likely be joined by veteran Ajinkya Rahane. Shreyas will take his familiar place at No 3 with Nitish Rana coming to bat at No 4 and wicket-keeper batsman Sam Billings at No. 5.

CSK vs KKR prediction: Who will win today's IPL 2022 opener?

When it comes to the all-rounders, the West Indies duo of Andre Russell and Sunil Narine will retain their positions and Sri Lanka’s Chamika Karunaratne is expected to make his debut for his new side.

In the bowling department, it will be mix of old and new as Umesh Yadav is expected to play for KKR along with young pacer Shivam Mavi and the mystery spinner Varun Chakravarty.