'Never said I was going to stop': Lewis Hamilton hungry for more success ahead of new F1 season 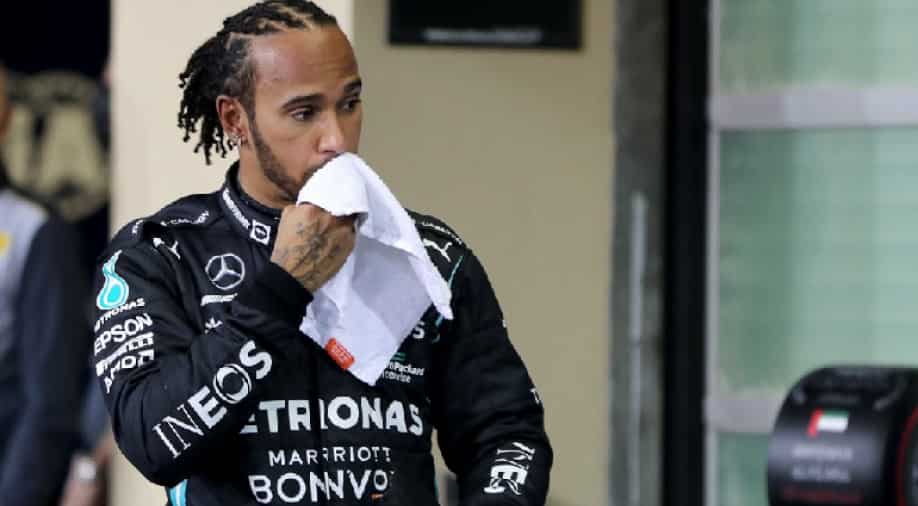 Seven-time world champion Lewis Hamilton has broken his silence on his exile after losing the championship in a controversial fashion last year and said he is ready for more success ahead.

Lewis Hamilton said Friday he was ready to attack the new Formula One season after getting over a “difficult time" following the traumatic end to his 2021 world championship campaign.

The British driver, 37, was speaking for the first time since he lost the championship in controversial circumstances to Max Verstappen in Abu Dhabi on December 12.

Hamilton was poised to capture a record-breaking eighth world title at the season finale before a controversial safety car restart allowed Dutch driver Verstappen to pass his British rival on the last lap.

The seven-time world champion was disillusioned following his defeat and, at one stage, it was unclear if he would return to the grid.

But Hamilton, speaking at the launch of the Mercedes car for the 2022 season — and a day after Michael Masi was removed as F1 race director — said he was still hungry for more success.

“I never ever said I was going to stop," he insisted.

“I love doing what I do, and it is such a privilege working with this large group of people and you feel like you are part of a family. There is nothing quite like it."

Hamilton said the race at Yas Marina was “manipulated" after Masi’s decision to allow the race to restart, which ultimately handed Verstappen the chance to win the title.

Reflecting on the moments after the race, Hamilton, who appeared alongside new team-mate George Russell and team boss Toto Wolff, added: “It was a difficult time for me and a time where I needed to take a step back and focus on the present.

“I had my family all around me and creating great memories.

“I eventually got to a point where I decided I would be attacking again coming into another season and working with Toto and George."

Mercedes have reverted from black — installed for the past two seasons in the fight against racism — to their traditional silver colours for the new campaign.

“It is probably one of the most exciting times," added Hamilton. “It feels like the first (launch) again.

“It is very surreal to think I have been with Mercedes for 10 years.

“Seeing George have his seat fit at the factory was reminiscent of when I had my first seat fit with Mercedes at 2013. The journey we have been on since is absolutely phenomenal.

“Going into this year, I have not really set any goals. Every individual within this team has worked towards the ultimate goal of winning the world championship and raising the bar and doing something that has not been done before."

Wolff said earlier on Friday that he was never concerned that Hamilton would quit Formula One.

“No, I was never worried — although you have to respect the driver is disillusioned after such an event," he told the BBC.