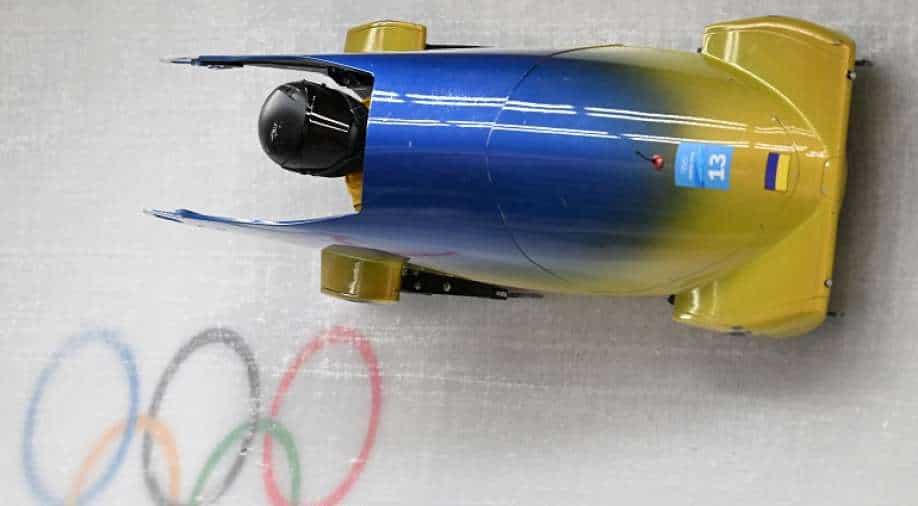 Hunko, who finished 20th in the women's monobob, is the third athlete to test positive during the Games.

The ITA said she tested positive on Feb. 14 in Yanqing where the competition took place and she had been suspended provisionally.

"The athlete also has the right to request the analysis of the B-sample," the ITA, in charge of doping tests during the Olympics, said.

Her team could not be immediately reached for a comment.

Iranian Alpine skier Hossein Saveh-Shemshaki, who had tested positive earlier in the Games, was forced out of the Games on Friday after the Court of Arbitration for Sport (CAS) confirmed his anti-doping rule violation.

"The athlete is excluded from the Olympic Winter Games... and his accreditation is withdrawn," CAS said.

The skier, who was provisionally banned prior to his competitions in Beijing following the test, now faces further sanctions from his sport`s international federation FIS, CAS said.

Ukrainian cross-country skier Valentyna Kaminska, who also tested positive, brings the total number of doping cases during the Games that end on Sunday to three.

The highest-profile doping story at the Games has concerned 15-year-old Russian figure skating team gold medallist Kamila Valieva who was allowed to continue competing in the singles event after news emerged of a failed doping test at her national championships last December.