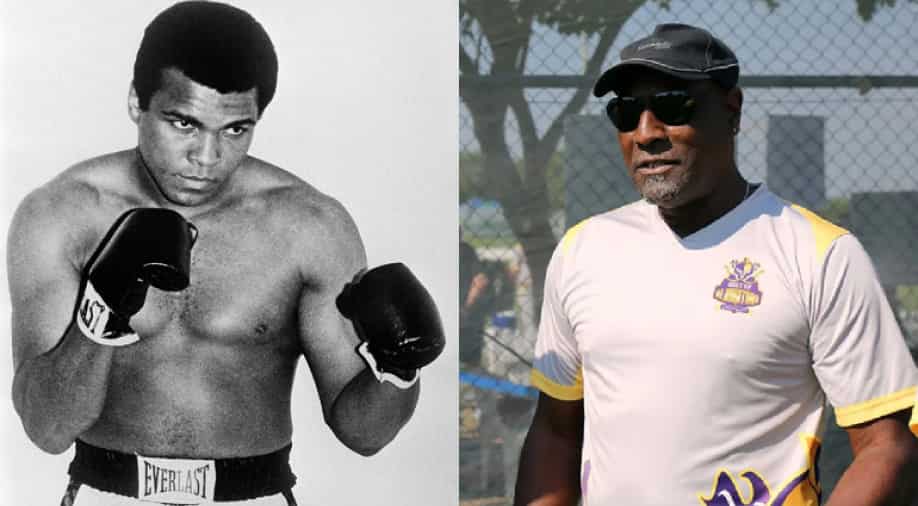 The legendary Sir Viv Richards has hailed Babar Azam as an inspiration to young cricketers around the globe. Babar has witnessed a remarkable rise in international cricket over the last few years as he has gone on to establish his credentials as one of the best batters in the world across all formats of the game. He has also proven to be a great leader since taking over as Pakistan's captain across formats.

Babar was lauded for his terrific leadership qualities after leading Pakistan to the semi-final of the T20 World Cup 2021 last year. Over the years Babar has earned the praise from several greats of the game and continues to be one of the most consistent performers for the Men in Green across all formats.

Richards, who has observed Babar's growth from close quarters having been involved in the Pakistan Super League (PSL), recently compared him to legendary boxer Muhammad Ali. Ali, who is regarded as the greatest boxer of all time, was known for his powerful presence both on and off the ring. Richards believes Babar has similar qualities and is a class act on the cricket field.

"Babar reminds me of Muhammad Ali; he is that classy sort of a boxer, he doesn't want to knock you out too quickly. But you know when the match is over, you will be bruised because Babar never stops jabbing you. He's a class act," Richards, one of the greatest batters of all time, was quoted as saying by Cricket Pakistan.

"Any young players looking to take inspiration from players, take some from Babar because he doesn't try and hit every ball for six. Instead, he is all about finding gaps. Babar is one of the best in achieving this," he added.

Last year, Babar became the first-ever Pakistan captain to lead the Men in Green to a victory against arch-rivals India in a World Cup match. Pakistan had lost against India in every single World Cup meeting before their clash in the T20 World Cup last year. However, Babar brought an end to the winless streak as he led his side to a dominant ten-wicket win against India in Dubai.