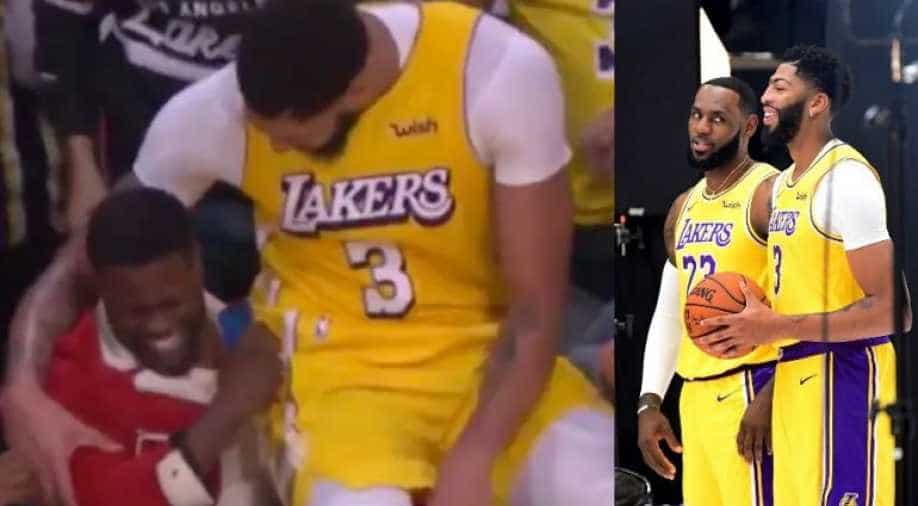 The NBA Christmas special clash between LA Lakers and LA Clippers was a sight of a mid-game Christmas experience.

However, an incident became the centrepiece of jokes on social media at Staples Centre, Los Angeles after Lakers' player Anthony Davis fell on the lap of actor and comedian, Kevin Hart.

Did AD want a selfie with Kevin Hart? 🤔😂#LakeShow pic.twitter.com/DrgmKyK2Km

Hart has made known his liking for the game, having been seen on the telecast of several NBA games.

It led to several memes and jokes on social media. A joke on social media compared the situation to a scene from the 2003 movie 'Elf', where Will Ferrel plays 'Buddy', sitting on the lap of the much smaller 'Papa Elf'.