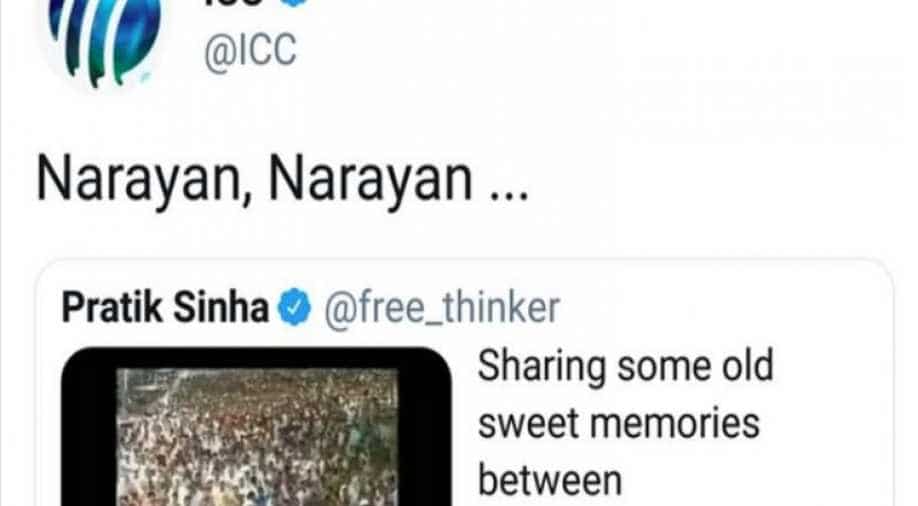 A screen grab Photograph:( Others )

After the Jodhpur Schedule Caste and Schedule Tribe Court held self-styled godman Asaram Bapu and two others guilty of the rape of a 16-year-old girl at his ashram in 2013, the International Cricket Council (ICC) landed itself in a trouble by retweeting an old video, showing the Indian Prime Minister Narendra Modi with Asaram Bapu, with a message “Narayan, Narayan”

The tweet, which ICC retweeted, read "Sharing some old sweet memories between @narendramodi and Asaram". While the International cricket’s governing body deleted the tweet minutes after posting, it was too late as the screenshots of the tweet went viral.

Some of the users even questioned the ICC.

@ICC since when you got interested in Indian politics?

What the hell was this @ICC?? pic.twitter.com/tMLbzmkexf

Hey @ICC, will you be contesting the upcoming #Indian elections? https://t.co/enjpsnRRTp

In August 2013, the parents of a 16-year-old girl had filed zero FIR against Asaram in Delhi, accusing him of raping her at his Jodhpur ashram.