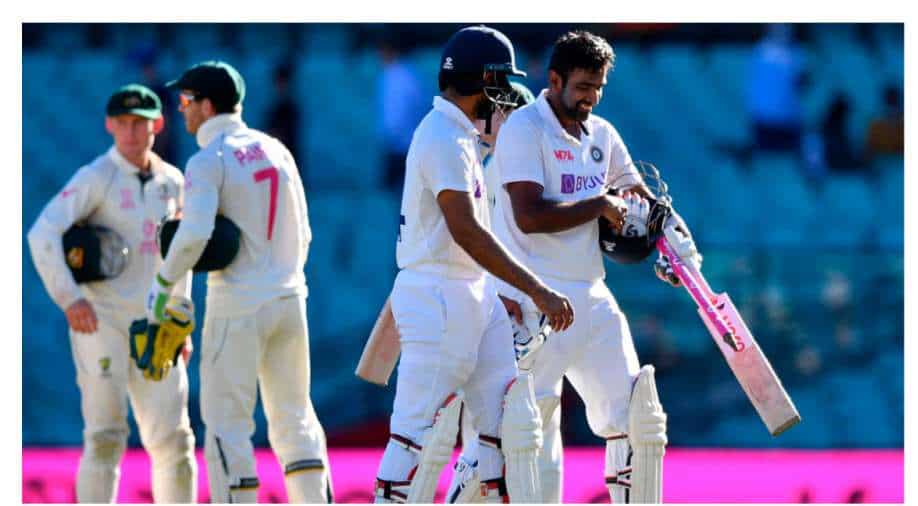 India and Australia were engaged in a gruelling four-match Test series in 2020/21 Down Under. During the last edition of the Border-Gavaskar Trophy, in Australia, India had their back against the wall at most times but found ways to stage a comeback at all times to eventually beat the then Tim Paine-led Australia 2-1 in their own backyard and retain the BG Trophy.

After being 1-0 down following the series opener defeat, India was without then regular captain Virat Kohli -- who was out on maternity leave -- but defied all odds to emerge on top eventually. Under Ajinkya Rahane, India levelled the series in the second Test, at the MCG, and then pulled off a heist to save the third and penultimate encounter before winning the series finale by three wickets.

Recently, R Ashwin recalled India's miraculous SCG Test escape, where his and Hanuma Vihari's unbeaten 62-run sixth-wicket stand saved the visitors from the jaws of defeats. "It was surprising to me that I went bowling after the injury with painkillers. And bowled 13 or 14 over on the trot. It was so bad I was rolling on the floor because of the pain. My wife and kids helped me to stand and then the Physio came to check me. I went to the game crawling, but did my best," Ashwin told ANI.

The 62-run stand between Ashwin and Vihari helped India save the Test match when they were asked to chase 407. At one stage, India were 250-3 and on the attack courtesy of Rishabh Pant's 97 and Cheteshwar Pujara's gritty 77. However, their dismissals exposed India's lower order, filled with injured players such as Ravindra Jadeja, Vihari, and Ashwin.

Recalling how Vihari and he came up with a strategy to not let Australia break their stand, Ashwin added, "We both got comfortable the instant we went in. We realised what problem we had, he could not come forward and be going on the backfoot. He was struggling from the hamstring injury. When I went to the crease I could not go forward against the fast bowlers. So in that situation, I said we will rotate and see how this will work."