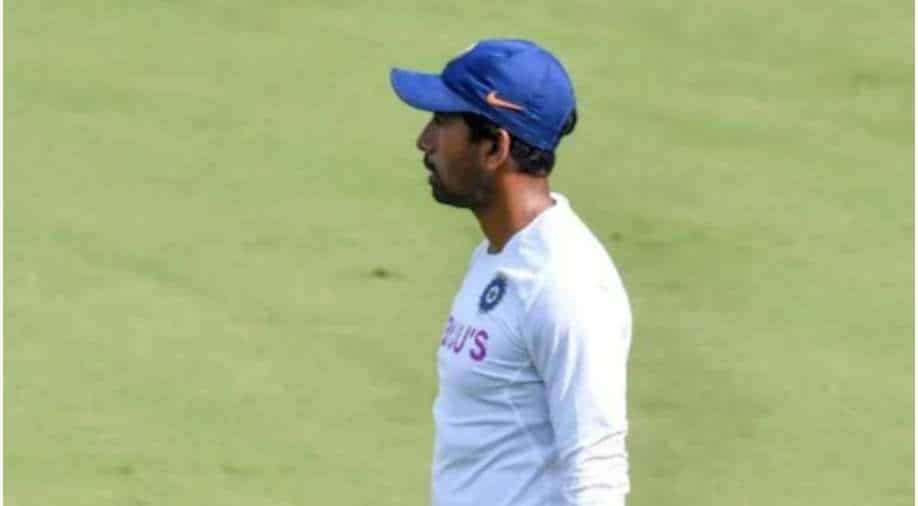 The veteran keeper-batter has confirmed that he is quitting the Bengal Ranji team and will represent a new team in the 2022/23 season.

Wriddhiman Saha has not had the best of times, especially off the field this year. While his spat with senior and known journalist Boria Majumdar was much highlighted, his fallout with the Bengal team has also made the news. Now, the veteran keeper-batter has confirmed that he is quitting the Bengal Ranji team and will soon play from some other state.

Saha, who has represented Bengal for 15 years, was named in the team squad for the knockouts, however, the 37-year-old had opted out and his decision irked some Cricket Association of Bengal (CAB) officials. Saha has now decided to quit the Bengal team following the comments made by CAB Secretary on his withdrawal.

"For me, too, it is a very sad feeling that I have to go through something like this after playing for Bengal for so long. It is disappointing that people make such comments and question your integrity. As a player, I had never faced such a thing in the past, but now that it has happened, even I need to (move on),” said Saha to Sportstar.

“Since I had made up my mind that I won’t play for Bengal, I had informed (the Cricket Association of Bengal president Avishek Dalmiya) over phone. But I will meet him in person and finalise the formalities,” he added.

On chances of him playing for a different team, Saha said, "I have spoken to a lot of people, but no decision has been taken yet. There is still time left for next season."

After being dropped from India's Test team, Saha had decided to not play the round-robin stage of Ranji Trophy for Bengal. Despite being named in the squad for the knockouts, his decision to withdraw wasn't well-received by many, leading to his sudden exit.