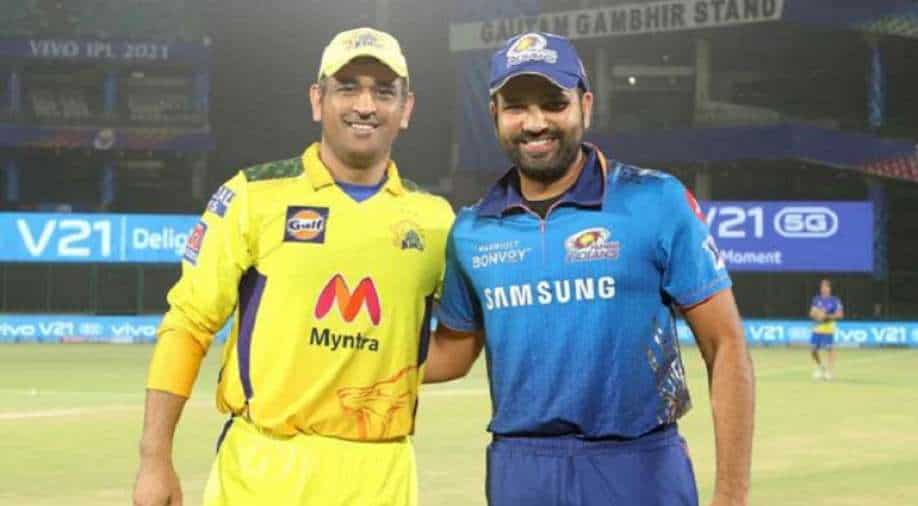 Dhoni captained Chennai Super Kings since the tournament began in 2008 before stepping down from the position ahead of the 2022 season and he was succeeded by all-rounder Ravindra Jadeja.

Former Australia cricketer Brad Hogg believes that MS Dhoni is the best Indian Premier League (IPL) skipper ever and he is even ahead of Rohit Sharma who has won five titles with Mumbai Indians.

Dhoni captained Chennai Super Kings since the tournament began in 2008 before stepping down from the position ahead of the 2022 season and he was succeeded by all-rounder Ravindra Jadeja.

CSK vs KKR prediction: Who will win today's IPL 2022 opener?

"Rohit Sharma with the Mumbai Indians has won five titles, while MS Dhoni has won four titles as captain in the IPL. But does it mean that Rohit Sharma is a better captain than Dhoni? No, it doesn't. Why? Because it's the win percentage over your whole career as a captain that's important. Because you need consistency within your team, and if you have that consistency, you have got a better chance of success at the back end, and MS Dhoni has had that," Hogg said on his YouTube channel.

"Dhoni has captained 204 games at a 60-odd percent win ratio, which is 61 percent with the Chennai Super Kings in 190 matches. No one is going to break that record of captaining more than 100 games, so Dhoni is the best captain going around," he added when speaking about the comparisons.

Chennai Super Kings will be beginning the tournament as favourites after winning the competition in 2021 and they will take over last year’s finalists Kolkata Knight Riders in the opener on Saturday.