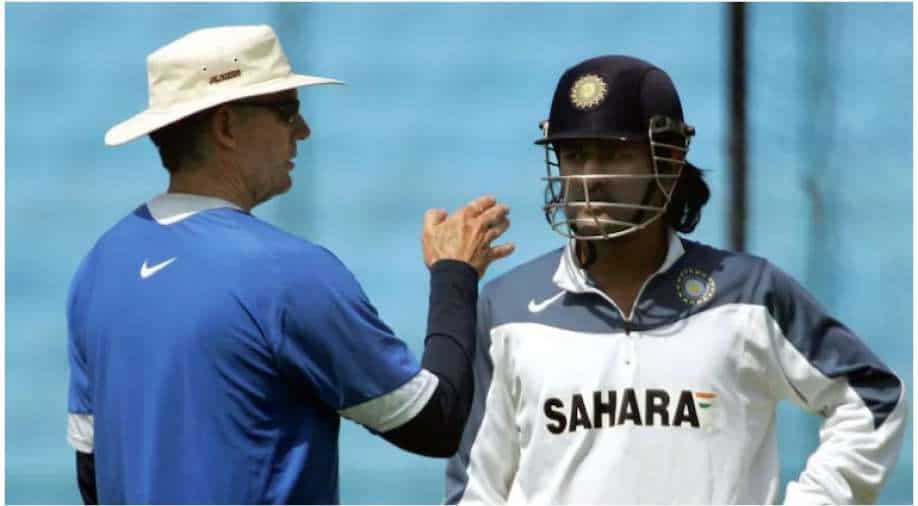 Dhoni is one of the sharpest cricket minds I have encountered, says Chappell Photograph:( AFP )

Former Indian coach Greg Chappell lauded ex-Indian skipper MS Dhoni and has labelled him as 'one of the sharpest cricket minds'.

Former Indian head coach Greg Chappell has lavished huge praise on MS Dhoni, calling him as 'one of the sharpest cricket minds' he has ever encountered. Chappell coached the Rahul Dravid-led Team India for two years, from 2005-2007, and worked closely with the former Indian captain Dhoni.

Back then, Dhoni had just burst into the scene at the international level. Back then, Dhoni wasn't a finished product by any means, Chappell still remained impressed with his learning abilities and cricketing brain.

Chappell quoted Dhoni's example while lamenting the absence of natural environments that once played a huge part in developing and nurturing players in strong cricket nations.

"The Indian subcontinent still has many towns where coaching facilities are rare and youngsters play in streets and on vacant land without the interference of formal coaching. This is where many of their current stars have learned the game," wrote Chappell in his column for ESPNCricinfo on Wednesday.

"MS Dhoni, with whom I worked in India, is a good example of a batter who developed his talent and learned to play in this fashion. By competing against more experienced individuals on a variety of surfaces early in his development, Dhoni developed the decision-making and strategic skills that have set him apart from many of his peers. His is one of the sharpest cricket minds I have encountered."