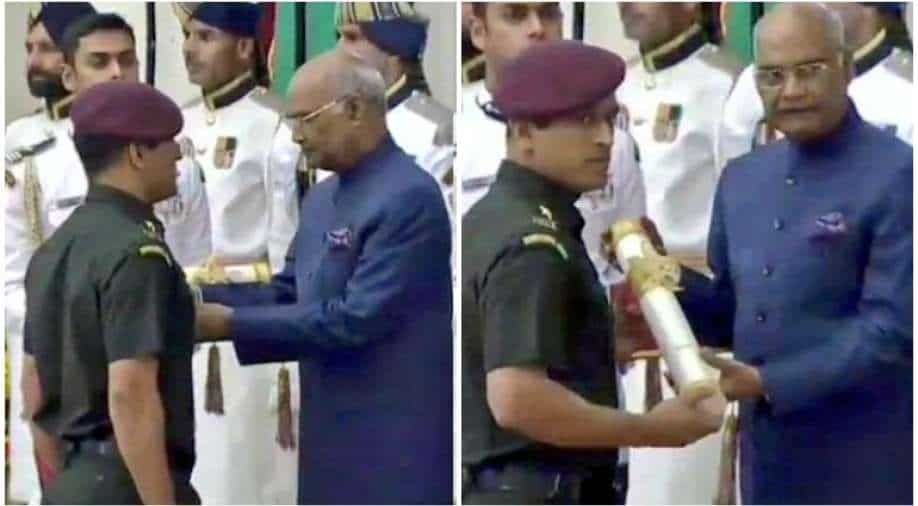 Here's the video of MS Dhoni marching past the various dignitaries present during the function before receiving the top honour from President Ram Nath Kovind:

MS Dhoni remains a big name in world cricket. The former Indian captain had an amazing career at the highest level, ending with a total of 17,266 runs, 16 centuries, 829 dismissals, 359 sixes. He also signed off as the only skipper to win all three major ICC titles (to date).

In early 2018, Dhoni -- who was an active cricketer back then -- received the Padma Bhushan award (India's third-highest civilian award). The wicketkeeper-batter also holds the rank of Honorary Lieutenant Colonel and, hence, wore his official uniform of the Territorial Army for the award ceremony. He was accompanied by his life partner Sakshi during the prestigious award ceremony at Rashtrapati Bhavan, New Delhi. Here's the video of Dhoni marching past the various dignitaries present during the function before receiving the top honour from President Ram Nath Kovind:

For the unversed, Dhoni received the Padma Bhushan on April 2, 2018; being the seventh anniversary of India's historic ODI World Cup win. Under Dhoni, India had become the first-ever host country to win the 50-over World Cup.

Dhoni continues to remain active in IPL and will now gear upto represent the Chennai Super Kings (CSK) in the forthcoming 2022 edition, to be held in India from late March to May. Dhoni-led CSK are the defending champions, having won the IPL for the fourth time during the last year's edition.