Never leave your crease when Dhoni is behind the stumps: ICC to Yoko Ono 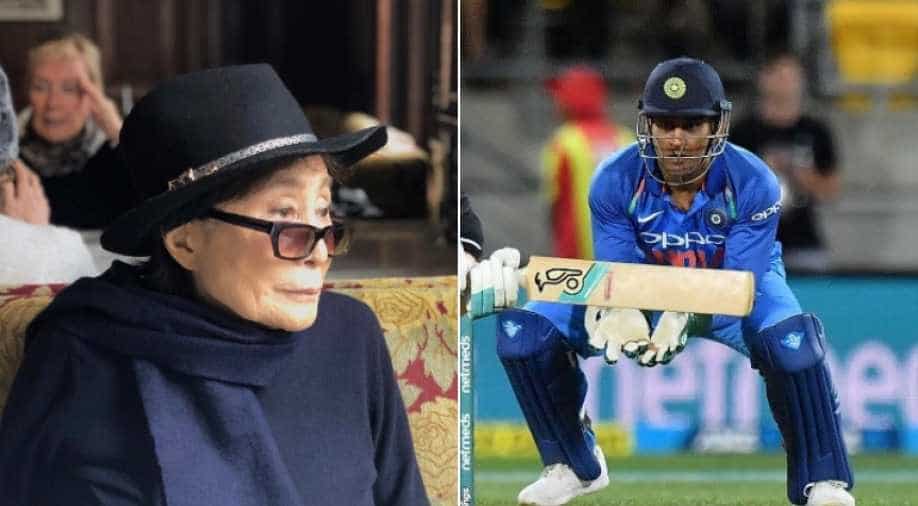 Ono had a few days ago asked for advice 'that will make our lives heal and shine'.

The International Cricket Council (ICC) has given a bit of advice to the famous Japanese artist Yoko Ono mentioning wicketkeeper of Indian cricket team MS Dhoni.

Dhoni, who has the most number of stumping to his name in international cricket with 190, was on every cricket fan's lips for his brilliant effort with the gloves to dismiss New Zealand's Jimmy Neesham in the fifth and final One-Day International on Sunday.

In the match, India defeated New Zealand by 35 runs to wrap up series 4-1.

A couple of days back, the 85-year-old artist, singer and songwriter asked for some tips "that will make our lives heal and shine" via a tweet.

The ICC replied, "Never leave your crease with MS Dhoni behind the stumps!"

Never leave your crease with MS Dhoni behind the stumps! https://t.co/RoUp4iMpX6

While chasing the 253-run target set by India, New Zealand batsmen squandered their starts but the home team remained in the contest until Jimmy Neesham (44 off 32) was dismissed in the 37th over.

His freak run out, which was affected by the ever so sharp Mahendra Singh Dhoni from behind the stumps, came after a LBW appeal was turned down.

Neesham was hit on the pads while trying to sweep Kedar Jadhav's delivery. The ball rolled behind to Dhoni and he under armed it towards the stumps while appealing for the wickets.