MS Dhoni has got ice running through his veins, Virat Kohli is a superhuman: Shane Watson 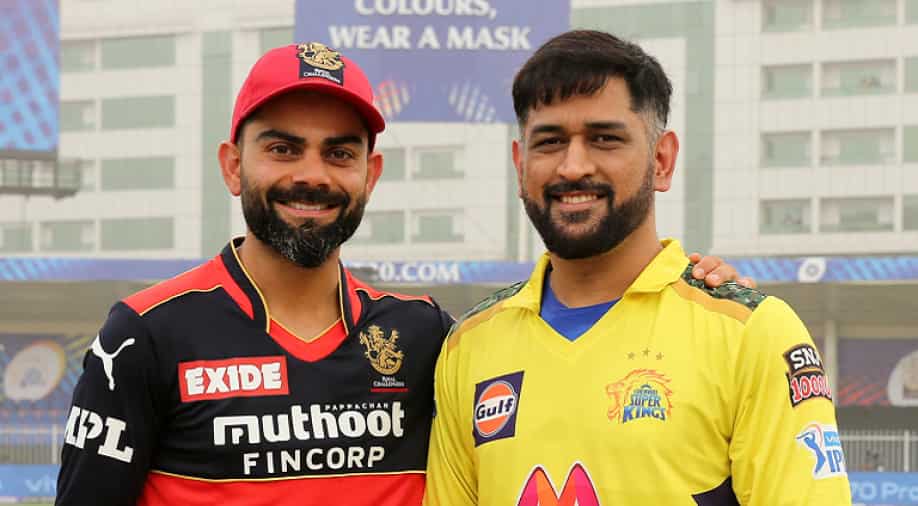 Comparing the captaincy style of MS Dhoni and Virat Kohli, Shane Watson gave his take on how the two successful leaders operate differently.

Former Australia all-rounder Shane Watson recently gave his take on the captaincy styles of the legendary MS Dhoni, Virat Kohli and current Indian captain Rohit Sharma. Watson believes all three captains are unique in their own way and have different leadership styles.

While Watson called Kohli a 'superhuman', the former all-rounder said MS Dhoni has got ice running through his veins and is incredibly calm as a captain. He also hailed Rohit as a natural leader and said he has grown in stature having captained a team like Mumbai Indians for so many years in the Indian Premier League (IPL).

Waston, who played under Kohli for the Royal Challengers Bangalore (RCB) in the IPL, praised the former India skipper for pushing the standards high for himself and his team. Watson said Kohli is superhuman to him and knows how to push players around him as well.

"Virat as a leader, has done incredible things, the way he has been able to push players, he has got such high expectations of himself and he brings that to every game he plays. For me, I believe Virat is superhuman, he knows how to push players around him. Virat is an incredibly good guy, he is a well-balanced character off the field, the knowledge he has is fascinating. It was a great experience for me to work with Virat at RCB," Watson said on the 'ICC Review'.

Also Read: CSK's most expensive signing at mega auction Deepak Chahar can be ruled out of IPL 2022 - Report

Even during the final lap of his career, Watson enjoyed tremendous success while playing under MS Dhoni for Chennai Super Kings (CSK) in the IPL. Watson played for CSK for three seasons and played an instrumental role in taking them to two finals in 2018 and 2019. While Dhoni & Co. won the title in 2018, they missed out on the trophy closely in 2019.

Giving insights about Dhoni's leadership qualities, Watson said Dhoni's ability to handle pressure situations and get the best out of his players has always fascinated him.

"MS Dhoni has got ice running through his veins, his ability to take the pressure out of a team environment, he trusts his players, he makes sure everyone has faith in their abilities. He knows what works for himself and the people around him. He trusts his instincts on the field, he trusts that players will do their research and do what is needed on the field," said the former Australian all-rounder.

Also Read: He hasn't apologised or got in touch with me: Wriddhiman Saha on journalist who threatened him

Talking about Rohit, who was appointed as India's captain across all formats last week, Watson said he is a natural leader and has experience of leading a top side like Mumbai Indians. Rohit is the most successful captain in IPL history with five titles to his name.

"He is such a natural and easy leader. I watched him closely leading the Mumbai Indians and nothing seemed to faze him. He goes about his work incredibly well, he has had experience leading teams as well, captaining a franchise like Mumbai in high-pressure situations. There is always a high expectation from Mumbai in the IPL," said Watson.