He hasn't apologised or got in touch with me: Wriddhiman Saha on journalist who threatened him 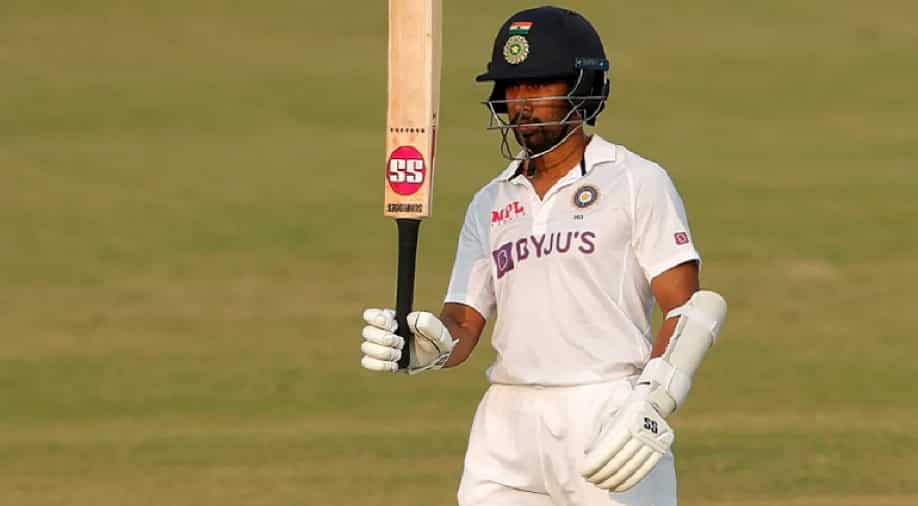 Wriddhiman Saha revealed the journalist who threatened him is yet to apologise. | Photo - BCCI | Photograph:( Others )

Indian cricketer Wriddhiman Saha said the journalist who sent him insulting and threatening messages has not apologised or gotten in touch with him again.

Senior India wicket-keeper batter Wriddhiman Saha has revealed the journalist who sent him insulting and threatening messages has not gotten in touch with him again or tendered an apology over his behaviour. Saha has refused to name the journalist for the sake of his family and career but is yet to receive an apology from the scribe.

The wicket-keeper batter had taken to Twitter last week to share a screenshot of his chat with the so-called journalist, who sent him insulting messages for refusing an interview with him. The tweet from Saha came just hours after he was dropped from India's Test squad for the upcoming series against Sri Lanka.

Saha was quick to find support from the entire cricket fraternity as fans and former cricketers united to extend their support to him. The wicket-keeper batter was urged by many to name and shame the journalist. However, he decided against doing so on moral grounds. Saha even took to Twitter on Tuesday to thank everyone for their support and explained why he won't expose the journalist.

1/3- I was hurt and offended. I thought not to tolerate such kind of behaviour and didn’t want anyone to go through these kind of bullying. I decided I will go out and expose the chat in public eye, but not his/her name

In an exclusive interview with Zee Media, the senior Indian wicket-keeper batter revealed he wanted to put the chat on a public platform to expose the shambolic behaviour of the journalist. Saha said he has never misbehaved with a journalist in his career and the threat he received was uncalled for. He also revealed he is yet to receive an apology.

“I am hurt with the message of the journalist. Neither have I ever behaved badly with any journalist nor have they misbehaved with me. But this was uncalled for. I wanted to expose him so that people know that the world of journalism has such people,” Saha told Zee Media in an exclusive interview on Wednesday (February 23).

“The said journalist has neither got in touch with me nor has he apologised,” he added.

BCCI got in touch with me: Wriddhiman Saha

The Board of Control for Cricket in India (BCCI) wanted to conduct a thorough investigation as soon as the incident came to light. The BCCI even got in touch with Saha and the cricketer has been cooperating with the board in their investigation. However, Saha insists he will not reveal the identity of the journalist to give him a second chance.

“After my tweet, BCCI has got in touch with me through email and through the phone. They are investigating the matter. I will cooperate with them," said the senior wicket-keeper batter.

“I don’t want to reveal his identity because these are my morals and I live by principles. I always feel that I should give someone a second chance. This is the second chance that I want to give him for the time being,” he added.