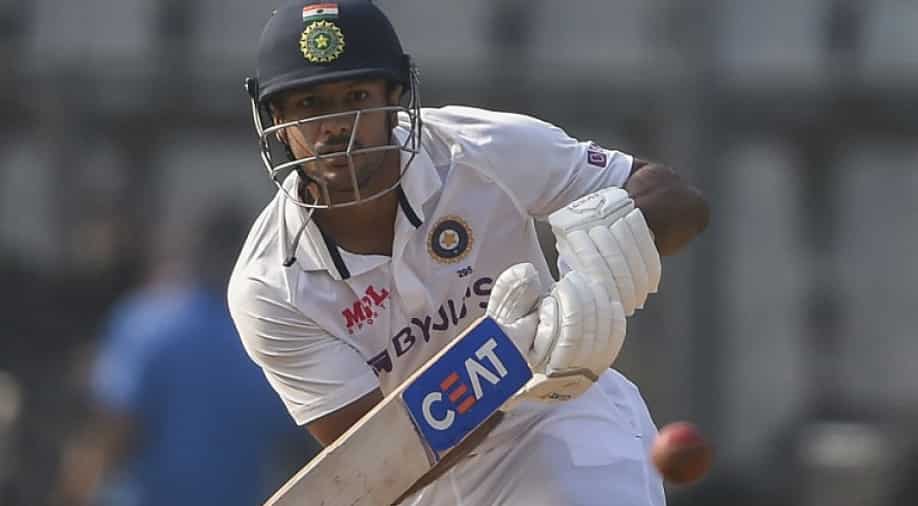 Indian opener Mayank Agarwal missed out on twin centuries in the ongoing Mumbai Test against New Zealand but managed to enter an elite list featuring Sunil Gavaskar with his half-century.

Team India opener Mayank Agarwal continued his purple patch with the willow in India's second innings of the ongoing second Test against New Zealand at the Wankhede Stadium in Mumbai on Sunday. Agarwal, who had slammed a magnificent century in the first innings, followed it up with a brilliant fifty in the second innings. However, he missed out on a chance to notch up twin hundreds in the Test match as he fell for 62 in the second innings.

Agarwal was on the verge of becoming the only seventh Indian batter to score a century in both innings of a Test match. He looked in sublime touch and played with great control during the second innings against the Kiwis but was dismissed on 62 by Ajaz Patel in the 32nd over. Nonetheless, he managed to enter an elite list featuring the legendary Sunil Gavaskar.

With the help of Mayank's 150-run knock, India had posted a strong total of 325 runs on the board in their first innings despite a brilliant spell from spinner Ajaz Patel, who picked up a historic ten-wicket haul, becoming only the third bowler in Test history to take all ten wickets in an innings of a Test match.

However, New Zealand failed to capitalise as they were bundled out for a paltry 62 in their first innings and ended up conceding a massive lead of 263 runs to the hosts. India have now extended their lead to over 470 runs in their second innings as they look to secure a big win in the second Test.