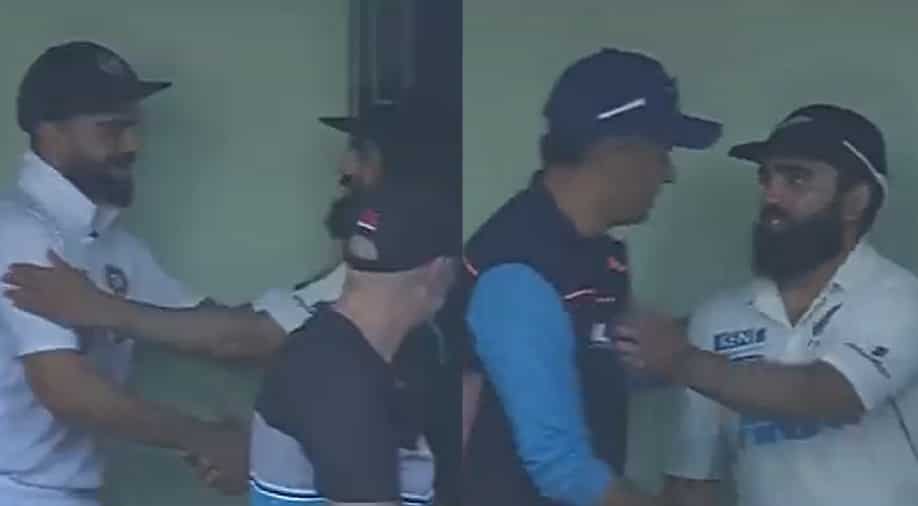 New Zealand spinner Ajaz Patel etched his name into history when he became only the third bowler ever to bag all ten wickets in an innings of a Test match. Patel achieved the historic feat on Day 2 of the ongoing second Test against India at the Wankhede Stadium in Mumbai on Saturday. Patel joined an elite list featuring the legendary Anil Kumble and Jim Laker.

It was a magical spell from Patel, who picked up four wickets on Day 1 of the Mumbai Test before following it up with the remaining six wickets during India's first innings on Day 2. Kumble was the last bowler to pick up all ten wickets in an innings of a Test match when he achieved the feat in the Delhi Test against Pakistan in 1999.

History-maker Patel was lauded by the cricket fraternity on social media as players, fans and experts lauded his brilliant effort against India. India head coach Rahul Dravid and captain Virat Kohli also came up with a special gesture as they visited the New Zealand dug-out to congratulate Patel after his ten-wicket haul.

The gesture from the Indian captain and head coach won hearts on social media as they were lauded by many. The video of Kohli and Dravid visiting New Zealand's dug-out to congratulate Patel went viral on social media.

After Ajaz's terrific spell, New Zealand were expected to tighten their grip on the game but their batting line-up fell like a pack of cards in their first innings. R Ashwin and Mohammed Siraj ripped through the Kiwi batting line-up to pick up seven wickets between them and bundle out the visitors for a paltry 62 runs and hand India a massive lead of 263 runs.

New Zealand recorded the lowest ever total by any team in a Test match against India and will have to pull off the impossible to stand a chance in the Test match as India have amassed a lead of over 400 runs already and are inching towards a big win.