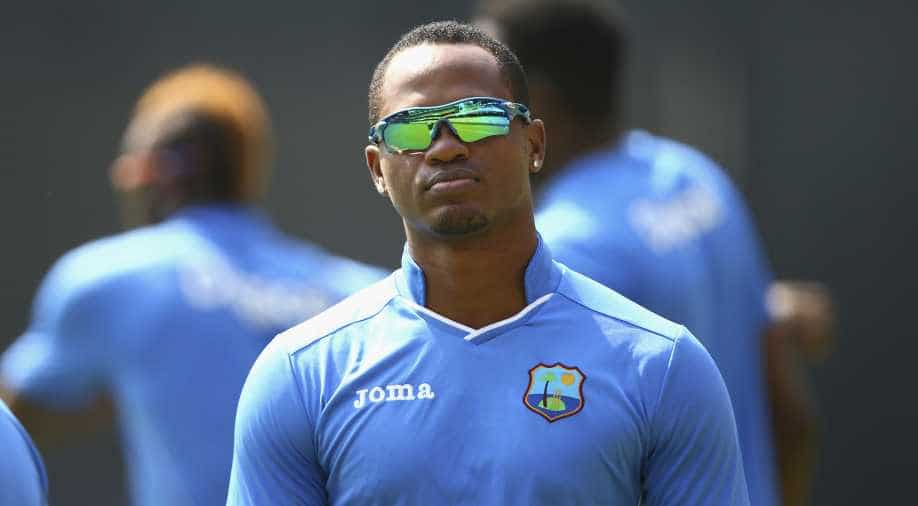 Marlon Samuels, pictured at a training in Mumbai earlier this year, was the linchpin in the Windies' success against Australia Photograph:( Getty )

Marlon Samuels slammed the England star and also targeted Australia great Shane Warne as he made it clear he was not all pleased with Ben Stokes’ recent joke about him.

Marlon Samuels slammed the England star and also targeted Australia great Shane Warne as he made it clear he was not all pleased with Ben Stokes’ recent joke about him.

Highlighting the demands of quarantining, Stokes recently quipped that he wouldn't wish the process on his "worst enemy" Marlon Samuels.

Samuels posted a couple of expletive-laden messages on his Instagram story. Marlon Samuels also dragged Stokes’ wife in a derogatory manner while boasting about his skin tone. He further targeted Shane Warne too as well as some West Indies cricketers.

“no white boy could diss me in the sports and no get back diss look at this b*tch still thinking about me give me 14 days with you wife turn har into Jamaican in 14 seconds mate none of yall knows me that simply means it’s my f***ing superior skin tone,” Samuels wrote on his Instagram story. 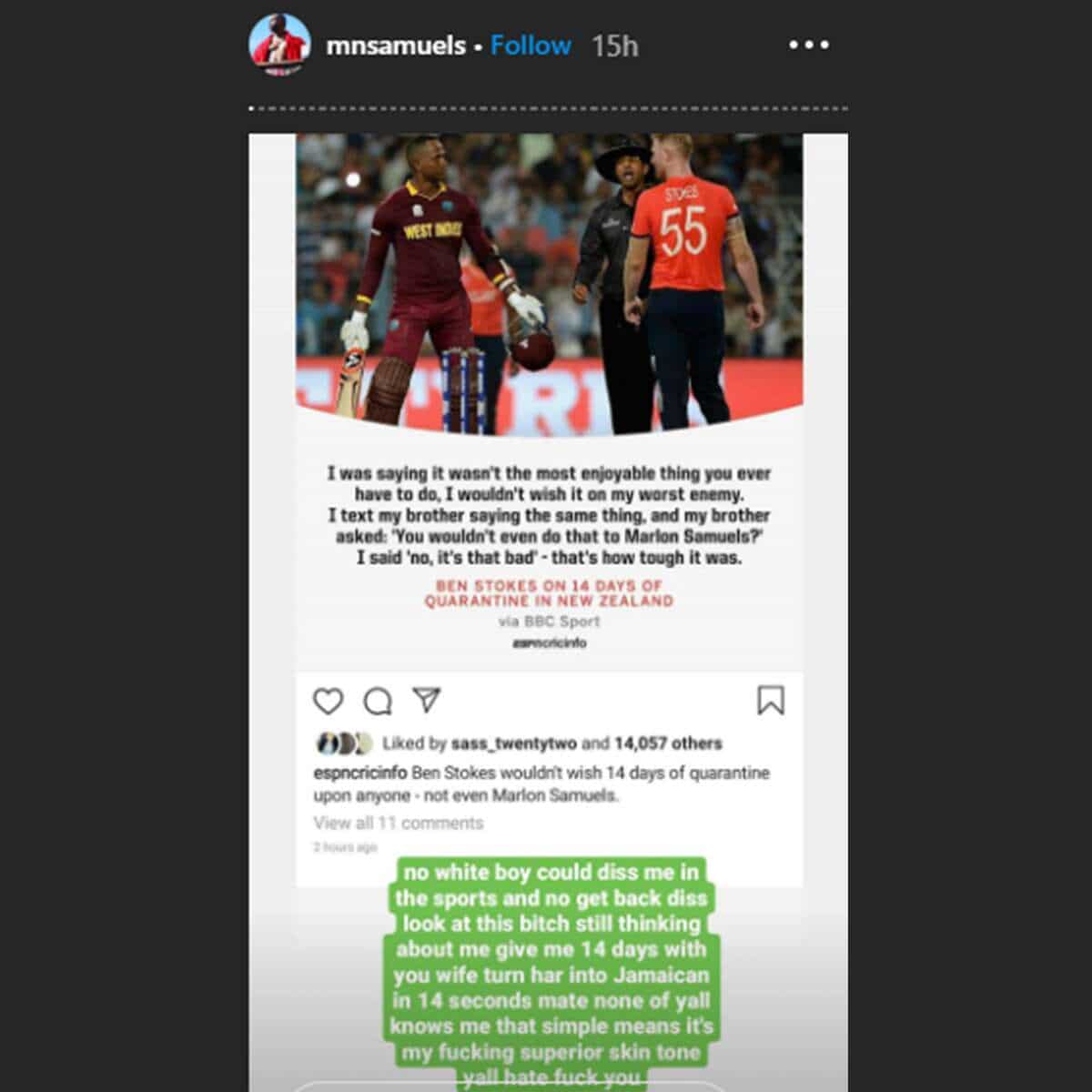 The two players have engaged in a fierce war of words when the West Indies and England were playing a Test match in early 2014.

Stokes is currently playing in the IPL in the UAE.