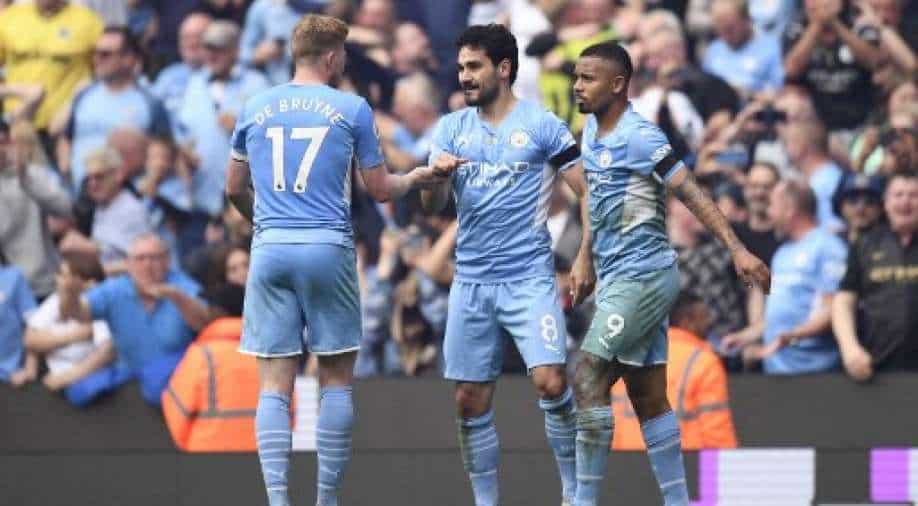 This was the second consecutive league trophy for Manchester City as they finished on 93 points with 99 goals scored in the season.

Manchester City claimed their fourth Premier League title in five years after defeating Aston Villa in the final day of the season. The encounter was an absolute nail-bitter as Pep Guardiola’s team came back from 0-2 down to register a brilliant victory at the Etihad Stadium. This was the second consecutive league trophy for City as they finished on 93 points with 99 goals scored in the season.

Liverpool won their game against Wolves 3-1 but it had no impact on the championship scene as they ended on 92 points from 38 matches. Mohamed Salah and Andrew Robertson scored for the Merseyside giants after Sadio Mane cancelled out the opener from Wolves midfielder Pedro Neto.

Both sides went into the final day of the season needing victories to secure the tile but City were down 0-2 with just 30 minutes to go in the match. Matt Cash handed Aston Villa an 0-1 lead and Phillippe Coutinho doubled their lead as things were looking bad for the defending champions.

However, City slammed three goals in just five minutes to complete a superb comeback in front of their home crowd. Ilkay Gundogan started the onslaught with a well-placed goal followed by a deft touch from Rodri to level the scores and it was Gundogan once again who scored the winner.

Salah and Son Heung-Min ended the season with 23 goals each – the most by any footballer in the competition while Salah was also the top assist-provider with 13. When it comes to clean sheets, it was a draw between Liverpool keeper Alisson and Manchester City goalkeeper Ederson.