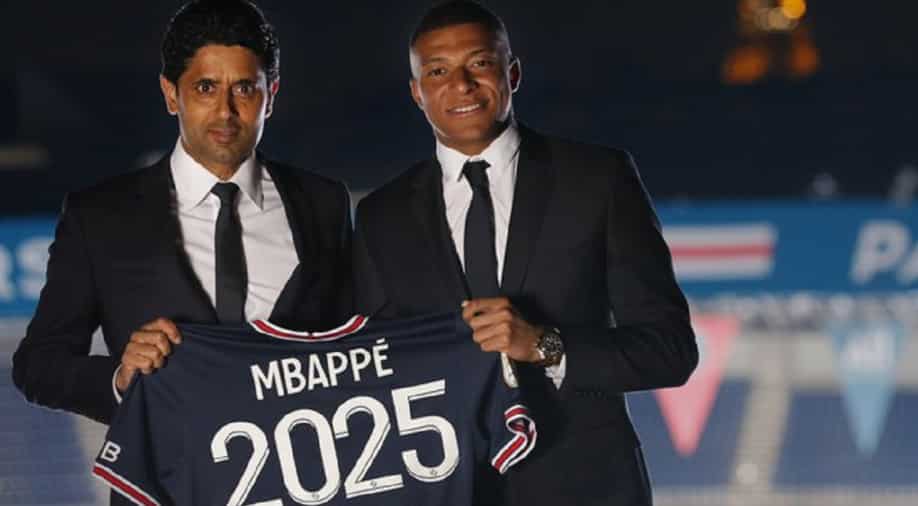 La Liga president Javier Tebas said PSG's new deal with Kylian Mbappe was an 'insult to football' as he lashed out at the French club for not respecting the Financial Fair Play rules.

Kylian Mbappe snubbed Real Madrid to extend his stay at his current club Paris Saint-Germain (PSG) after being offered one of the most lucrative deals in football history. Mbappe was close to leaving PSG to join Spanish giants Real Madrid and also had an agreement in place with the La Liga champions, however, the move fell through this week.

Mbappe is reportedly set to earn a whopping 4 million pounds (around 4.9 million USD) per month with his fresh three-year contract with PSG, as per a report in Sky Sports. He is all set to become the highest-paid footballer in the world at present and will also be reportedly paid a signing-on bonus of around 100 million pounds (around 120 million USD).

La Liga president Javier Tebas has termed the PSG-Mbappe deal as an 'insult to footabll'. Tebas slammed PSG for not respecting the Financial Fair Play (FFP) rules and offering a lucrative contract to Mbappe despite the club having suffered losses worth around 700 million euros (approx 738 million USD) in the last few seasons.

"What PSG is doing by renewing Mbappe with large sums of money...after posting losses of 700 million euros in recent seasons and having a wage bill of over 600 million euros, is an INSULT to football," Tebas said in a tweet reacting to the Mbappe-PSG deal.

"PSG president Nasser Al-Khelaifi 'is as dangerous as the Super League'," he added referring to the proposal of a Super League involving 12 of the world's most powerful football clubs which was proposed last year.

Also Read: Kylian Mbappe completes one of the richest deals in history to stay with PSG

La Liga is also set to launch an official complaint against PSG with the UEFA - the Europen football governing body and the European Union. In a release, La Liga said such a deal undermines the economic sustainability of European football and puts jobs of thousands at risk.

"La Liga wishes to demonstrate that this type of agreement undermines the economic sustainability of European football, endangering hundreds of thousands of jobs in the medium term, and the sporting integrity, not only of European competitions, but also of our domestic leagues," La Liga said.

Mbappe's PSG contract was set to come to an end this year and he had an agreement in place with Real Madrid having hinted on several occasions in the past that moving to Santiago Bernabeu was a dream for him. However, Mbappe will now continue playing for PSG alongside the likes of Lionel Messi and Neymar for three more seasons.