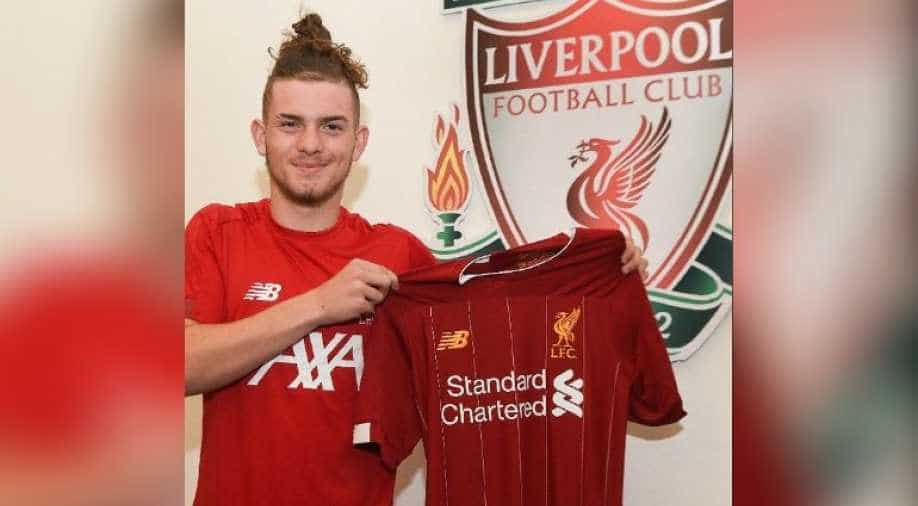 'To have joined the club that I supported as a boy is a dream come true for me,' said Harvey Elliott

Elliott became the youngest player in Premier League history when he made two top-flight appearances for the Cottagers last season.

At the age of 16 years and 30 days, he had set the record when he featured as a late substitute against Wolverhampton Wanderers.

"To have joined the club that I supported as a boy is a dream come true for me and all of my family and it's an incredible feeling to now officially be able to call myself a Red!" the 16-year-old Elliott wrote on Instagram.

He further added, "I can't wait to get started and it will be a truly special feeling to pull the famous red jersey on. I'll work as hard as I possibly can for the club and I feel Anfield is the perfect place for me to develop and progress as a player."

Ahead of the move, Elliott was linked with Real Madrid, Paris Saint-Germain, Arsenal and Manchester City as per the British media.

Liverpool also announced that Elliott will be a part of the squad for Sunday's friendly against Napoli.

The youngest player in #PL history has a new club!

Elliott is Liverpool's second signing of the summer as earlier this month the Reds completed the signing of 17-year-old Dutch defender Sepp van den Berg from PEC Zwolle.