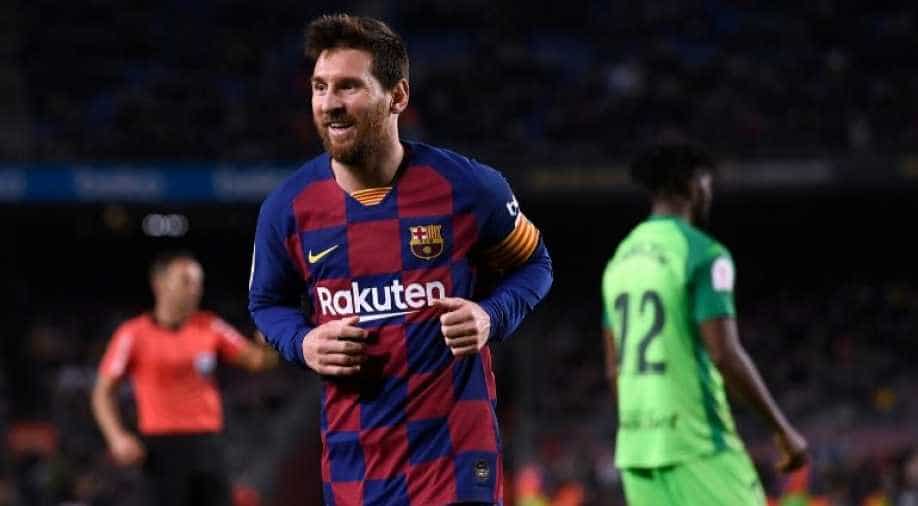 Lionel Messi during the match with Leganes. Photograph:( AFP )

Lionel Messi has become the first player in Spanish football history to win 500 matches. He achieved this feat after defeating Leganes to advance in the quarterfinals in Copa del Ray on Thursday.

It took him a total of 710 games for the six-time Ballon D'Or winner to reach this mark. He leads the list ahead of his fellow club legends. Xavi Hernandez and Andres Iniesta won 476 and 459 matches respectively.

The Catalan giants took to twitter to congratulate Lionel Messi.

He has scored 621 goals for the Catalans and is nearing another record-breaking milestone, which is surpassing Pele's all-time record of 643 goals for his club Santos.

Lionel Messi scored twice as Barcelona hammered Leganes 5-0 on Thursday to advance to the quarter-finals of the Copa del Rey and deliver a much-needed boost for new coach Quique Setien.

Barcelona right now is second in the points table in the La Liga, below their arch-rivals Real Madrid. The difference between them is of 3 points.