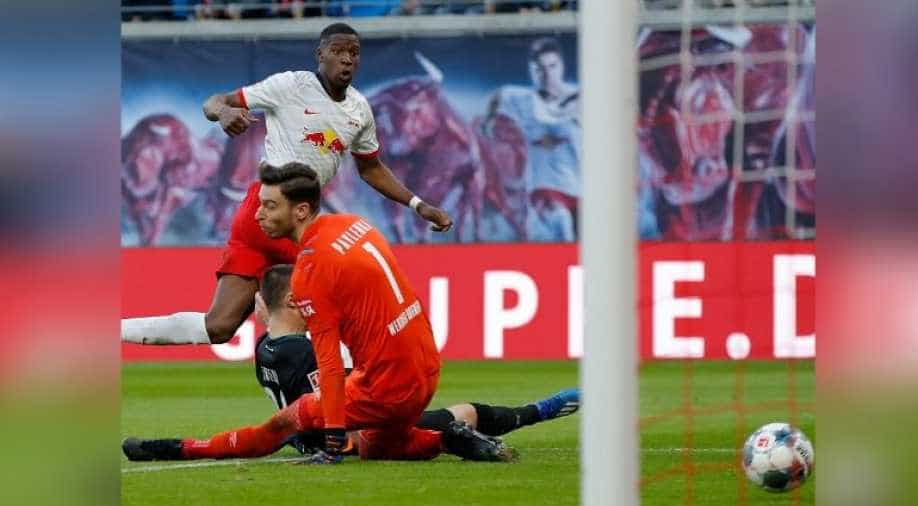 Leipzig back on top with 3-0 win over strugglers Werder Photograph:( Reuters )

Nordi Mukiele latched on to a deep through ball to fire in their third goal a minute after the restart.

RB Leipzig eased past struggling Werder Bremen 3-0 on Saturday to reclaim top spot in the Bundesliga, two points ahead of champions Bayern Munich.

Having failed to win in their last four games in all competitions, Leipzig were desperate to bounce back on their home ground and Lukas Klostermann's 18th-minute goal quickly put them in the driving seat.

Patrik Schick, who had set up Klostermann, then grabbed one himself, heading in his sixth league goal in the 39th minute before Nordi Mukiele latched on to a deep through ball to fire in their third goal a minute after the restart. 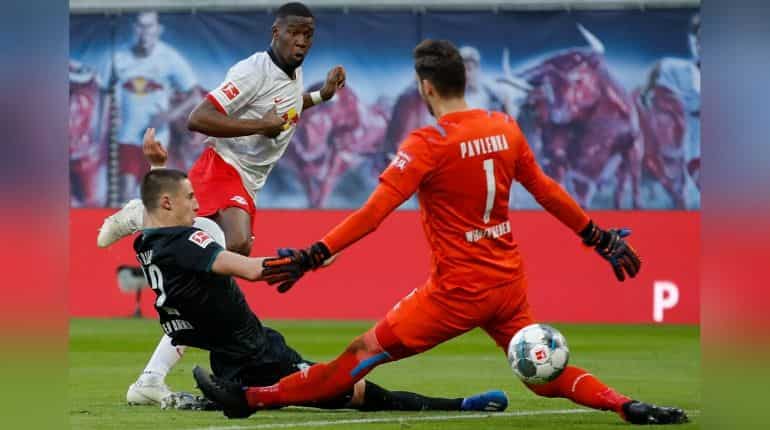 Leipzig, who face Tottenham Hotspur in the Champions League last-16 on Wednesday, move up to 45 points, with Bayern, in action against Cologne on Sunday, on 43.

Borussia Dortmund, winners 4-0 over Eintracht Frankfurt on Friday, are in third place on 42. "We played a good game and fully deserved to win," Czech international Schick told reporters. "I am happy for my goal but more importantly it is a big boost ahead of Spurs."

Lars Stindl scored twice as Borussia Moenchengladbach stormed to a 4-1 win at Fortuna Duesseldorf - their first away win since November - to join Dortmund on 42 points.

Former champions Werder, who have now lost eight of their last nine league games, are stuck in 17th place, a point above last-placed Paderborn. Bayer Leverkusen kept their Champions League hopes intact when Karim Bellarabi struck in stoppage time to secure a hard-fought 3-2 victory at Union Berlin to keep them within striking distance of a top-four spot, in fifth place on 40.

The game was repeatedly interrupted after fans lit flares and smoke bombs in the stands. Hertha Berlin made a winning start to life after Juergen Klinsman, beating Paderborn 2-1 with a goal from Dedryck Boyata and an own goal from Jamilu Collins, in their first game since their former coach's surprise departure this week.

Klinsmann, a former Germany and U.S. national team coach, quit after only 76 days in charge, complaining about a lack of trust and support. Hertha's win lifted them further away from the relegation zone and into 13th place. Dutchman Wout Weghorst scored a hat-trick in VfL Wolfsburg's 3-2 victory over Hoffenheim, who twice come back from a goal down only to lose.