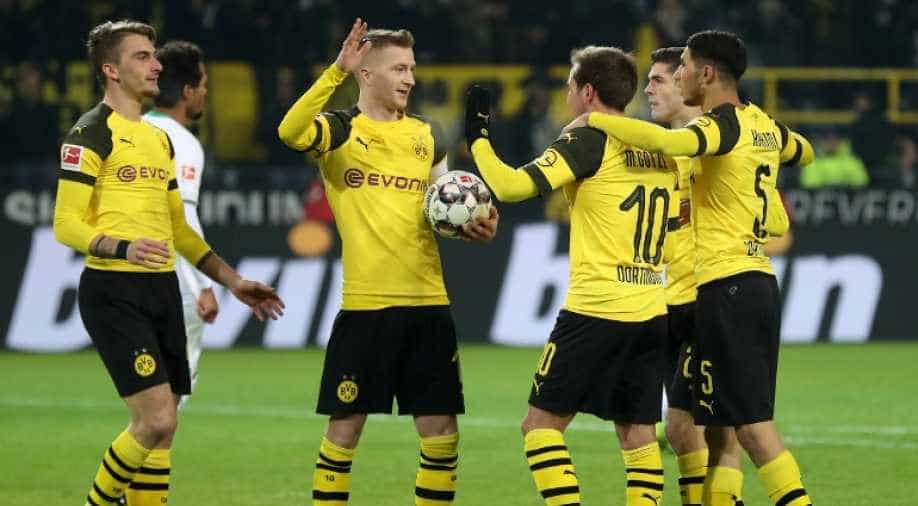 Dortmund got the game underway after 19 minutes, when Paco Alcacer scored. The Spanish striker scored his eleventh goal in the German competition.

Goals by Spanish striker Paco Alcacer and forward Marcos Reus provided the 2-1 victory of Borussia Dortmund against Werder Bremen on Saturday, extending their winning streak to 12 wins and 3 draws in 15 matches, and stay on top spot in the Bundesliga standings.

Swiss coach Lucien Favre's side scored their sixth successive win at Signal Iduna Park in Dortmund. Borussia now have a nine-point lead at the top of the standings.

Dortmund got the game underway after 19 minutes, when Paco Alcacer scored. The Spanish striker scored his eleventh goal in the German competition.

He is the tournament's top scorer and the third player in Bundesliga history to score this number of goals in his first ten matches after Horst Hrubesch and Klaus Matischak.

Eight minutes later Marcos Reus scored the second goal, which paved the way for the home side. However, Werder Bremen, in the midfield of the standings, did not yield and Max Kruse, with a good shot, shortened the gap ten minutes before half-time.

After that, the match was evenly balanced. Borussia relinquished the initiative to their opponents but Mario Goetze pushed another ball into the Bremen goal in added time, but the video assisted referee cancelled it.