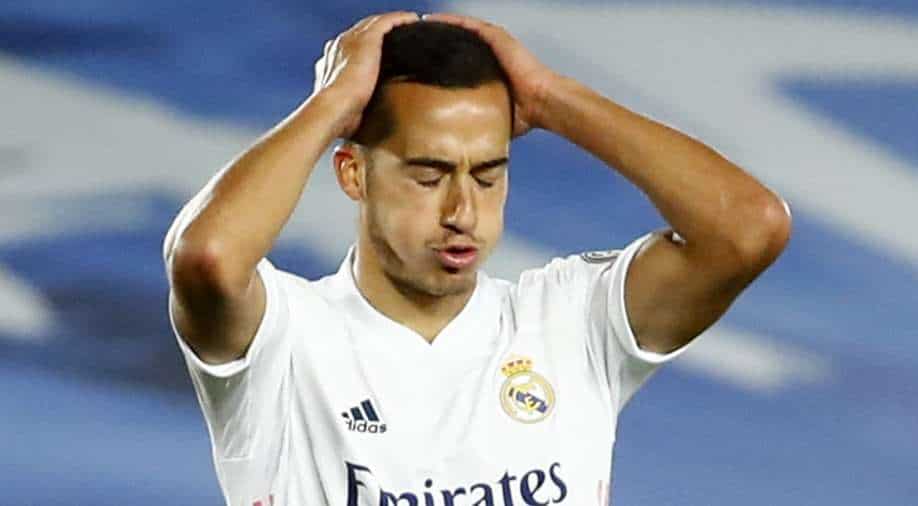 "We've lost a game against a team who is also fighting for the league but we have eight-game left and we will fight to the end."

Real Madrid player Lucas Vazquez will be out of action for the remainder of La Liga after straining knee ligaments during the 2-1 win over Barcelona, his club said on Sunday.

The winger was involved in a rough challenge with Barcelona's Sergio Busquets on Saturday and was substituted. He was Madrid's key right-back this season due to injured Dani Carvajal.

Zinedine Zidane's Real Madrid have gone on top of the table after beating their arch-rivals Barcelona. Benzema's superb piece of skill and a deflected Toni Kroos free-kick put Madrid in charge and while Oscar Mingueza pulled one back for Barca, they fell to defeat in what could be Lionel Messi's final appearance in this fixture.

"We've lost a game against a team who is also fighting for the league but we have eight-game left and we will fight to the end."

Victory means Real Madrid go level on points with Atletico, with the top three now separated by a single point.

But Real Madrid now own the better head-to-head against both of their rivals while Barcelona and Atletico still have to play each other at Camp Nou in the run-in.

With Atletico stumbling and both Barca and Real Madrid hitting their stride, this game looked set to define, if not the title, then who would become favourites to be crowned champions in May.