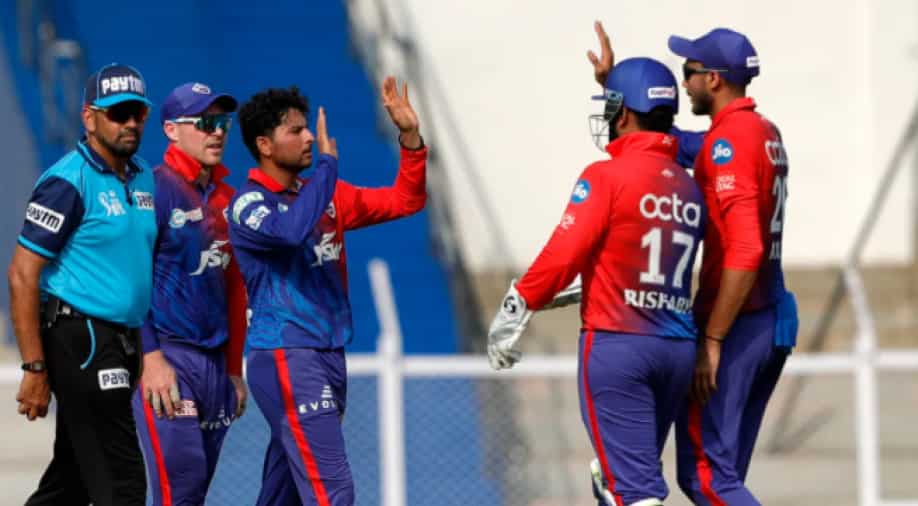 The left-arm chinaman kept the batsmen at bay with his brilliant line and length and he ended the match against Mumbai Indians with figures of 3/18 after 4 overs.

Kuldeep Yadav was the pick of the bowlers for Delhi Capitals as they defeated Mumbai Indians in the Indian Premier League (IPL) 2022 opener on Sunday. The left-arm chinaman kept the batsmen at bay with his brilliant line and length and he ended the match with figures of 3/18 after 4 overs.

The last couple of years have been rough for Kuldeep as he lost his position in the Indian cricket team and he barely featured for Kolkata Knight Riders. During the 2021 season, the spinner missed the UAE leg due to an injury that forced him to undergo a knee surgery. He lost a number of months due to the injury and he finally made his return during India’s series against West Indies last month.

While speaking in the post-match press conference, Kuldeep spoke about his struggles in the past and how India skipper Rohit Sharma motivated him during his return to the sport post injury.

"It was a difficult time for me. I was out with an injury for five months. It was important for me to go for the rehab and thanks to the facilities and trainers at the NCA, I recovered very well and in time to get back into the Indian set up. And slowly I started match preparation and when I started playing the games, I got the confidence and Rohit motivated me a lot," Kuldeep said.

Who will open with Gill? Gujarat Titans predicted XI for IPL 2022 game against Lucknow Super Giants

"Whatever changes need to be done, I had that communication with him. And here in the Delhi set up I spoke to Ricky (Ponting) and he backed me a lot. I was lacking rhythm from a long time and I worked on my rhythm a lot and never compromised on turning the ball despite the variation in pace," he added.

On Sunday. Mumbai Indians had a good start to the match with Ishan Kishan and Rohit adding 67 runs for the first wicket but Kuldeep dismissed Rohit for 41 and then followed it up with the wickets of Anmolpreet Singh and Kieron Pollard who were both unable to cross the 10-run mark.