I've been approached many times to come into the auction: Virat Kohli opens up on loyalty with RCB 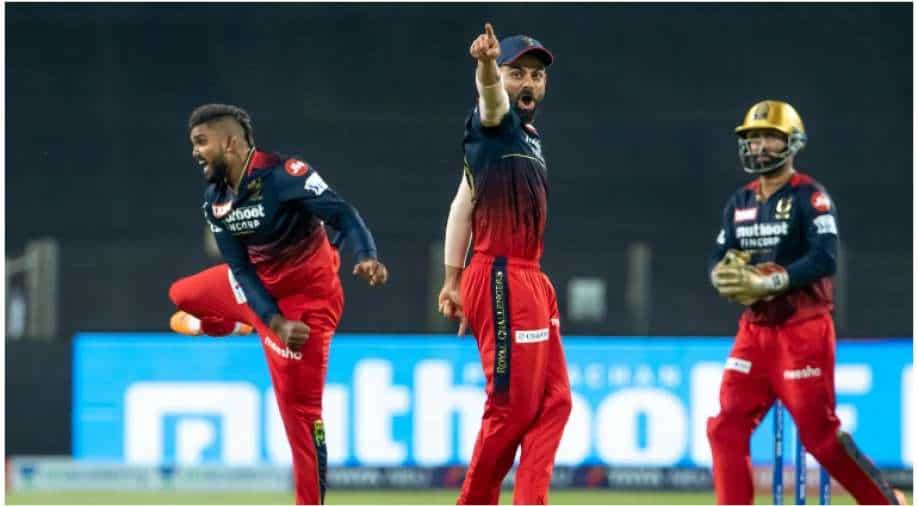 I've been approached to come into the auction, says RCB's Virat Kohli (Photo IPL/BCCI) Photograph:( Others )

Virat Kohli remains the only player in IPL to represent a single franchise since the inaugural season. Recently, he opened up on his loyality with the three-time runners-up:

Virat Kohli not only remains the face of Indian cricket team but the 33-year-old is also an IPL legend. The superstar right-hander is the leading run-getter in IPL history, with 6,411 runs under his belt. While he has not won an IPL title as yet, he is an absolute superstar for his franchise, i.e. the Royal Challengers Bangalore (RCB).

Kohli remains the only player to have represented a single franchise throughout the IPL, since its inception in 2008. The former Indian captain wasn't an instant hit in the cash-rich league, however, he came to his very best since IPL 2012 and has churned out runs at will for the franchise, also helping them reach the IPL 2016 final in his leadership.

Recently, Kohli opened up on his bond with the RCB franchise. The cricketer revealed that he has been offered attractive deals by other franchises and he himself was tempted to enter the IPL auction pool, however, his understanding and equation with the franchise has just grown over the years.

"To be very honest, I thought about it. Yes, I won't shy away from it and I have been approached many times as well to come into the auction somehow, put my name there and stuff. And then I thought about it, I was like, at the end of the day, everyone has X numbers of years that they live and then you die and life moves on. There would have been many great people who won trophies but no one addresses you like that. No one addresses you in the room like 'Oh he's an IPL champion or he's a World Cup champion."

"It's like if you are a good person, people like you, if you're a bad guy, they just stay away from you and, eventually, that's what life is all about," Kohli said on the 'Inside RCB' show on Star Sports

ALSO READ | 'You do not become a bad player overnight': AB de Viliers on Virat Kohli's rough patch for RCB in IPL 2022

"For me, the understanding that loyalty with RCB, like how I follow my life, is far greater for me than the fact that five people in the room will say, oh finally, you win the IPL with whoever xyz. You feel good for five minutes, but then sixth minute you could be miserable with some other issues in life. So it is not the end of the world for me,” Kohli added.

Kohli will be desperate to end RCB's title-drought in this year's IPL season. So far, RCB have played ten games in the 15th season, winning and losing five each.