It's a case of creating our own legacy: Windies skipper Holder on World Cup 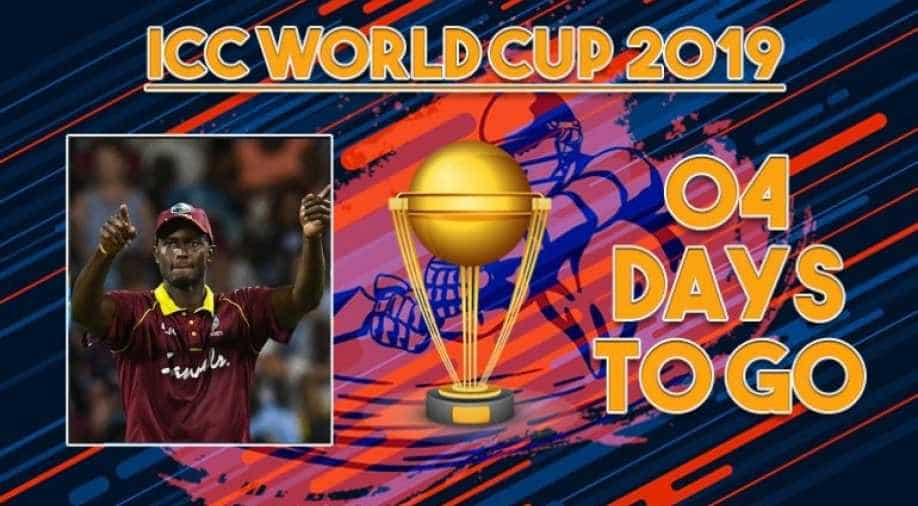 Windies have a proud history at the World Cup, winning the first two editions of the tournament and making the final of the third.

Hopes are pinned on a born-again West Indies to relive their glory days but skipper Jason Holder says the upcoming World Cup is "a case of creating our own legacy".

Windies have a proud history at the World Cup, winning the first two editions of the tournament and making the final of the third. After struggling for nearly two decades, a few stunning wins against England recently lifted their spirits.

"Not personally," Holder told the ICC when asked if he feels pressurised to re-establish their dominance, adding, "It's just a case of us creating our own legacy.

"We obviously know our history what the past players have done. We will take it stage by stage, step by step, not get too far ahead of ourselves." The presence of big players such as Andre Russell and Chris Gayle have helped, acknowledged the 27-year-old skipper.

"Guys like Andre Russell make it easy for me, they tend to give a lot of support. I can't thank them enough for the support they have given me, I know they continue to rally behind me.

"It's important for us to continue to build as a group. It's a relatively young side and we have got one or two experienced heads in the cam it's a good mix."

He has rated hosts England as the favourites in the showpiece.

"England are the number one side in the world for good reason, you now they are playing some very good cricket, lot of hype around them, they have obviously got the home advantage.

"I guess got to give them respect being the number side in the world ... All teams are practically equally matched, they are well-balanced sides, sides that can defeat anyone on any particular day.

"We have just got to take it game by game, give everyone the respect they deserve and we will have to execute our plans," Holder said.

"It's a dream," opener Evin Lewis was quoted as saying by the International Cricket Council's website when asked about the prospect of West Indies lifting the title.

"Everyone will be glad to be playing in the World Cup. When we won the T20 World Cup in 2016, it was a great feeling, just looking forward to the fifty-over World Cup this year. Hopefully, we can get over the line."

"Being here with the team, preparing for the World Cup means a lot to me," he said.

"As I always say, putting on the West Indies shirt is always a great feeling and a privilege ? to do it on the world stage, with the ten best teams fighting it out for the trophy, is something special."