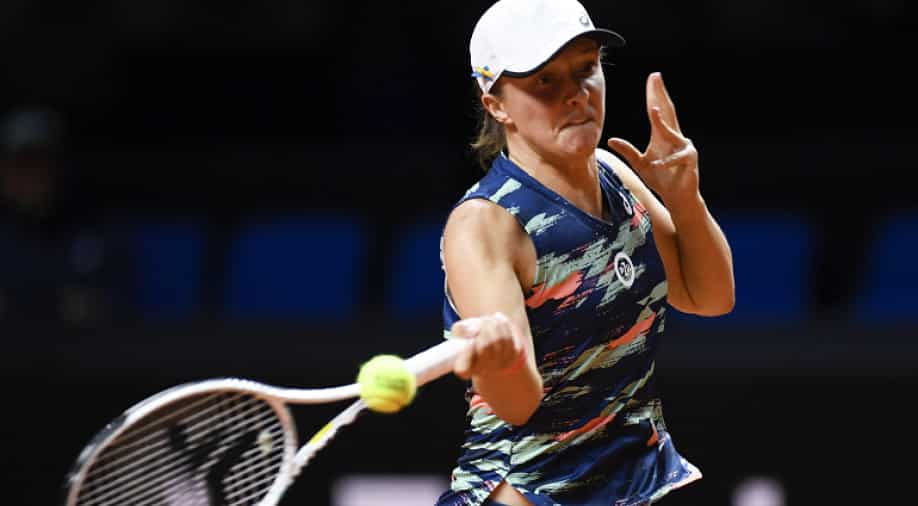 The draw for Italian Open 2022 came out Friday with World No.1 Iga Swiatek headlining a field that features 19 of the top 20 players.

Defending champion Iga Swiatek will try to maintain her undefeated record at WTA 1000 events this season at the Italian Open 2022.

The draw for Italian Open 2022 came out Friday with World No.1 Iga Swiatek headlining a field that features 19 of the top 20 players.

It will be the second consecutive WTA Tour 1000 event on the calendar, with main-draw action kicking off Monday.

Swiatek, like all of the Top 8 seeds, has an opening-round bye. In the second round, she will face the winner of an all-American match between Shelby Rogers and Alison Riske.

Swiatek could face 2013 Rome runner-up Victoria Azarenka in the Round of 16.

The bottom portion of the first quarter is loaded with intriguing matchups.

Two US Open champions will square off in the first round, as reigning US Open titlist Emma Raducanu will face 2019 US Open champion Bianca Andreescu in their first meeting.

Whoever prevails will take on the winner of the match between Sara Sorribes Tormo and another former US Open champion, Naomi Osaka.No.3 seed Aryna Sabalenka is scheduled to face Madrid finalist

Jessica Pegula in the Round of 16, if seedings hold. Pegula will face big-hitting Liudmila Samsonova in the first round.No.4 seed Maria Sakkari and No.8 seed Garbine Muguruza are the highest seeds in the third quarter.

Muguruza could potentially play No.9 seed and Madrid finalist Ons Jabeur in the Round of 16.

No.2 seed Paula Badosa is the highest-ranked player in the last quarter of the draw.