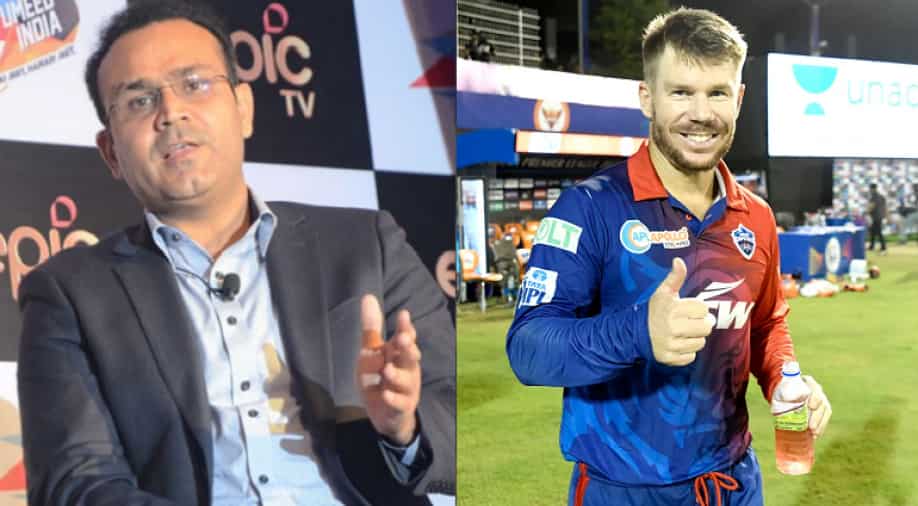 Warner is currently regarded as one of the greats in the IPL, however, he didn't have the most perfect start in the league. Warner was picked up by Delhi Capitals in the 2009 season when he made his debut in the IPL. However, he managed only seven appearances for the team in his first season and failed to impress.

Former DC skipper Virender Sehwag, who captained the side during Warner's initial years in IPL, recently revealed some shocking details from his debut stint in the T20 league. Sehwag claimed Warner had poor work ethics and partied more than he practiced during his first season with DC.

He also revealed how the Aussie star picked up fights with some of his teammates during the season and had to be dropped from the team. Though he was a good player, Sehwag said they needed to teach Warner a lesson considering his behaviour.

"I too have vented out my frustrations on a couple of players and David Warner was one of them. Because when he had joined newly, he partied more than believing in practice or playing matches. In the first year, he had a fight with a few players so we sent him back for the last two matches. So sometimes it happens that you keep someone out to teach them a lesson," Sehwag said on Cricbuzz.

“He was new so it was important to show him that you alone are not important for the team, others are too. There are other players who can play and win the match for the team too. And that's what happened. We kept him out of the team and won as well," he added.

Warner might not have had the ideal start to the proceedings in the IPL but went on to become one of the greatest batters to have played in the league. He was with Delhi Capitals from 2009 to 2013 before joining Sunrisers Hyderabad in 2014. Warner spent nine seasons with SRH from 2014 to 2021 before being released this year.

He was roped back in by DC at the IPL 2022 mega auction and has been a consistent performer for the team in the ongoing season with 356 runs in just 8 matches at an average of 59.33.