He's giving interviews to our enemy country which can incite religious sentiments: Afridi on Kaneria's claims 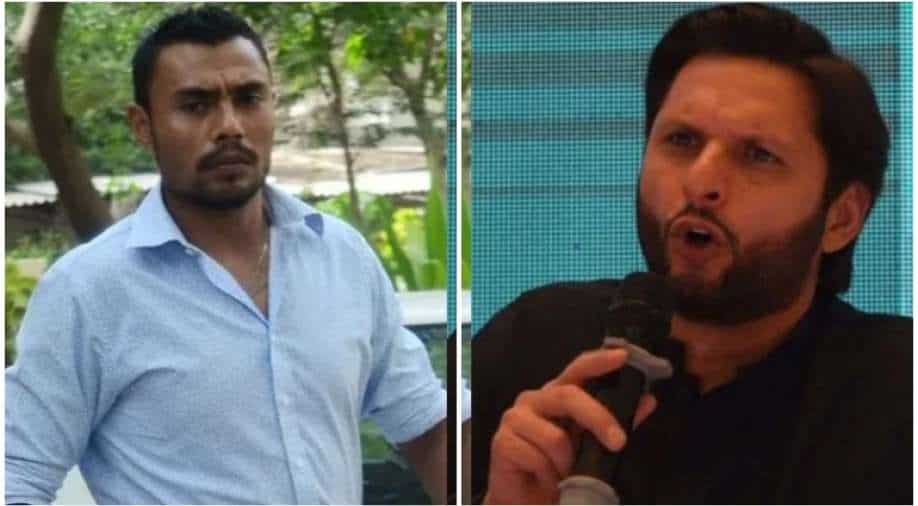 Shahid Afridi has broken his silence and gave a fitting response to Danish Kaneria's recent allegations on the former Pakistani all-rounder.

Former Pakistan spinner Danish Kaneria had made heads turn when he claimed that ex all-rounder and Men in Green captain Shahid Afridi didn't want him in the national team and even conspired against him on religious grounds.

Backing his case, Kaneria -- who remains Pakistan's leading wicket-taker among spinners in Test cricket -- had revealed that the matter was first raised by Rawalpindi Express Shoaib Akhtar. "Shoaib Akhtar was the first person to talk about my problem in public. Hats off to him for saying it (how I was mistreated in the team because of being a Hindu). However, he was later pressured by several authorities. He then stopped talking about it. But yes, it did happen to me. I was always degraded by Shahid Afridi. We used to play together for the same department, he used to keep me on the bench and didn't let me play the one-day tournament," Kaneria had told IANS during a recent conversation.

ALSO READ | Shahid Afridi was a liar, a characterless person who conspired against me for being a Hindu: Danish Kaneria

To this, Afridi has broken his silence and gave a fitting response to Kaneria. "And the person saying all this, look at his own character. He is accusing me to get cheap fame and make money. Kaneria was like my younger brother and I played with him in the department for many years," Afridi was quoted as saying by the news.com.pk.

The former all-rounder added, "Everyone knows about his character. If my attitude was bad then why he did not complain to the Pakistan Cricket Board or the department he was playing for. He is giving interviews to our enemy country which can incite religious sentiments."

Kaneria, who was involved in the spot-fixing controversy while playing the English County in 2009, ended his international career claiming 261 wickets in 61 Tests whereas he also accounted for 15 ODI scalps in 18 games. Afridi, on the other hand, had an illustrious career where he represented Pakistan from 1996-2017. He ended with 1,716, 8,064 and 1,416 runs in Tests, ODIs and T20Is, respectively. In addition, he returned with 48 Test, 395 ODI and 98 T20I scalps.

It will be interesting to see if Kaneria further reacts to Afridi's statements. Given that the tainted spinner runs a YouTube channel -- where he often shares his views on various aspects apart from making some big revelations from time to time -- expect another sensational remark from the former leggie very soon.