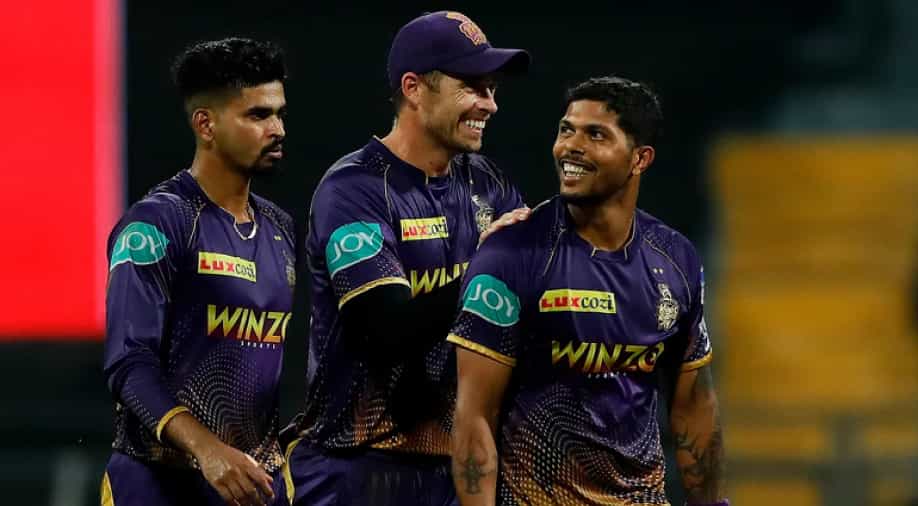 Lucknow Super Giants have impressed everyone with their performance, but Kolkata Knight Riders lost four consecutive matches in the tournament.

Kolkata Knight Riders and Lucknow Super Giants will both be looking to continue their winning run as they face each other in the Indian Premier League (IPL) 2022 on Saturday.

While LSG are second in the points table with 14 points from 10 matches, KKR are struggling in the eighth position with just eight points from 10 encounters. The debutants have impressed everyone with their performance, but KKR lost four consecutive matches in the tournament.

KKR were going through a rough stage but in their previous encounter, they produced a brilliant show to beat in-form Rajasthan Royals. While Tim Southee and Umesh Yadav excelled with the ball, Nitish Rana and Rinku Singh stitched together a brilliant partnership to guide them to victory.

LSG have been quite impressive with their form and against Delhi Capitals, it was KL Rahul and Deepak Hooda once again who scored brilliant half centuries to take them to a good total. In response, DC looked well on their way but Mohsin Khan ended the game with four wickets.

Considering the current form of the sides, LSG seem clear favourites against KKR. However, with the pitches slowing down, the spin attack of KKR may come into play and if there can take the wickets of Quinton de Kock and KL Rahul in the beginning, the match can completely turn on its head.

Also read | If I was a selector, Umran would partner Bumrah at T20 WC: Harbhajan

However, the advantage will remain with LSG and the overall performance of the debutants can take them closer to the top spot in the IPL points table with a victory on Saturday.