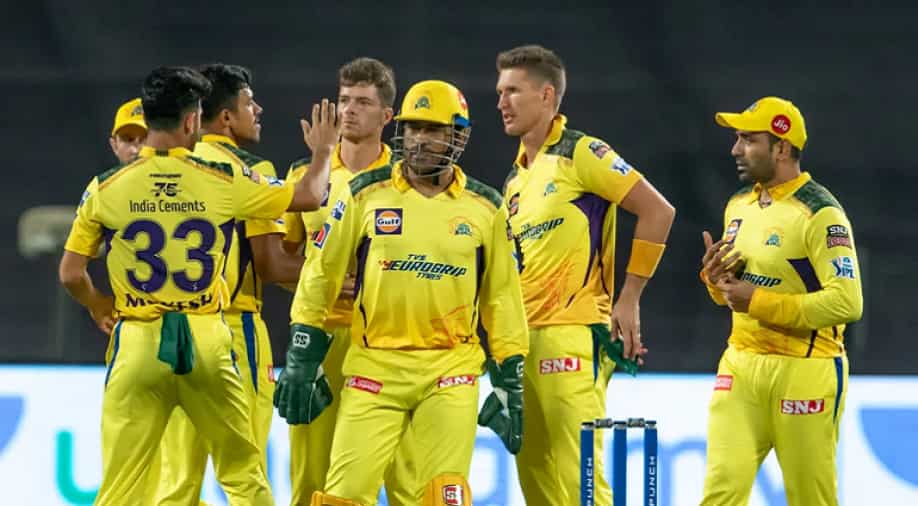 MS Dhoni-led Chennai Super Kings are currently reeling at the ninth spot on the IPL 2022 points table with just three wins from ten matches so far this season. Can they still make it to the playoffs? Here is a look at their chances of finishing in the top four this season.

Chennai Super Kings (CSK) have not had the best of campaigns in the ongoing Indian Premier League (IPL) 2022 as they have managed only three wins in their first ten games so far this season. CSK had a disastrous start under new captain Ravindra Jadeja as they lost their first four games in a row before registering their first win of the season against Royal Challengers Bangalore (RCB).

While they were expected to gain some momentum after the win, CSK slipped to another defeat against Gujarat Titans in their next game before bouncing back to beat Mumbai Indians. They lost against Punjab Kings in their next game as their hopes to qualify for the playoffs were handed a huge blow.

With just two wins in their first eight games, the inevitable happened as Jadeja, who had taken over the baton from MS Dhoni at the start of the season, stepped down as captain to hand back the reins to the veteran wicket-keeper batter. Dhoni guided CSK to a much-needed win against Sunrisers Hyderabad in his first game as captain before the defending champions lost a close encounter against RCB to suffer their 7th defeat of the season.

With just three wins in ten matches so far, CSK are currently reeling at the ninth spot on the points table and have been virtually knocked out of the tournament. However, it is still mathematically possible that Dhoni & Co. can qualify for the playoffs if they can go on a miraculous run in their remaining matches this season.

Also Read: If I was a selector, Umran Malik would partner Jasprit Bumrah for India at T20 WC 2022: Harbhajan

How can Chennai Super Kings qualify for IPL 2022 playoffs?

CSK's loss against RCB in their last game can prove fatal to their chances of making it to the playoffs this season. While they are all but out of the race, there still remains a glimmer of hope for the four-time champions. CSK have only four matches remaining this season and will have to win all of them to get to 14 points.

However, that won't be enough and CSK will also need the results of some others teams to go their way to stand a chance of finishing in the top four. Besides maintaining a four-match winning streak in the remainder of the season, CSK will also have to ensure they win these matches by big margins to improve their net run rate, which can prove crucial going forward.

CSK will face Delhi Capitals in their next game on Sunday (May 08) before locking horns with arch-rivals Mumbai Indians, Gujarat Titans and Rajasthan Royals in their final three games of the season.