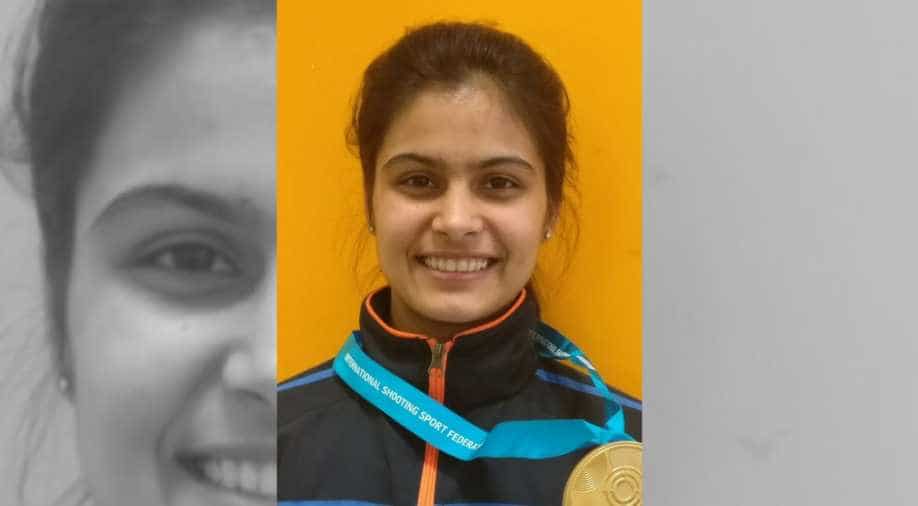 In the final, Bhaker went toe to toe with her compatriot and junior world champion Yashaswini Singh Deswal and was way ahead of Olympic medalists Anna Korakkaki and Celine Goberville.

...and we have a 16 years old gold medalist in Guadalajara! #ISSFWC pic.twitter.com/ZB0PnNEm2b

In the 10m Air Rifle men, Ravi Kumar from India settled for Bronze.

At the end of a thrilling match, world number 1 Istvan Peni of Hungary ???????? pockets his first World Cup gold in the Air Rifle! #ISSFWC pic.twitter.com/31p4IgIWcS

A few low shots dropped them both down and while Deswal fell out of contention and finished 4th, bhaker battled on.

She was seemingly set for 2nd place but shot a near perfect 10.8 on the last shot to pip Mexico's Alajandra Zavala right at the end.

It is India's 2nd gold of the World Cup and takes the tally to 5 medals so far as Shahzar Rizvi made his maiden International Shooting Sports Federation World Cup appearance a memorable one by winning the gold medal in the 10m air pistol event.