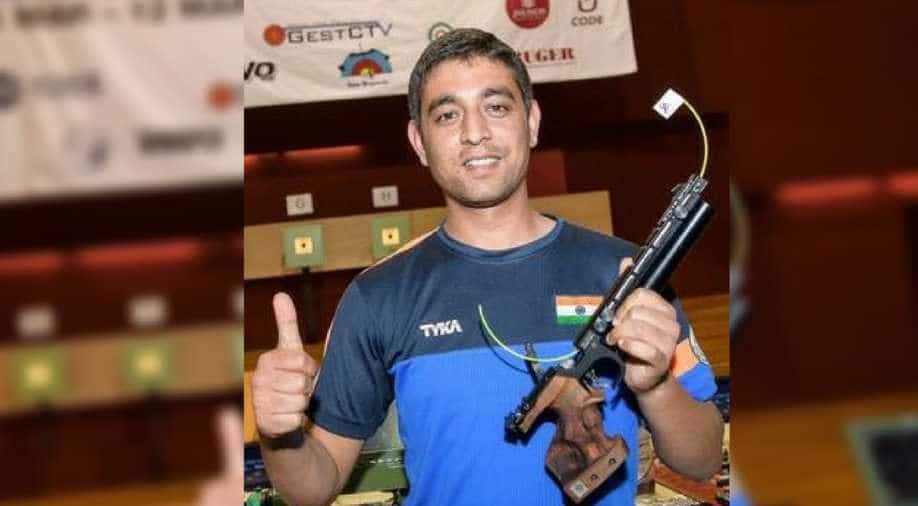 India shooter Shahzar Rizvi made his maiden International Shooting Sports Federation World Cup appearance a memorable one by winning the gold medal in the 10m air pistol event at Guadalajara in Mexico on Saturday.

Rizvi shot a world record score of 242.3 points in the final to beat Christian Reitz of Germany, 239.7 points, to win the top honour.

Ace India shooter Jitu Rai won the bronze in the event with a score of 219 points.

Three Indian shooters made it to the final of the ISSF World Cup season opener in Mexico.

The other Indian shooter Om Prakash Mitharval finished the competition at creditable fourth position with a score of 198.4 points.

A total of 404 athletes from 50 National Olympic Committees have participated in the 12-day competition, which will have 15 medal events including three mixed team events.

India has fielded a 33-member squad including three shooters in the MQS (minimum qualification score) section.

2018 has a packed shooting sport calendar with four ISSF World Cup stages in each of the three disciplines apart from the World Championships, the Commonwealth Games, the Asian Games and the Youth Olympics.

The World Championships, scheduled to be held in Changwon, Korea in August-September will also be the first quota competition for the Tokyo 2020 summer Olympics.