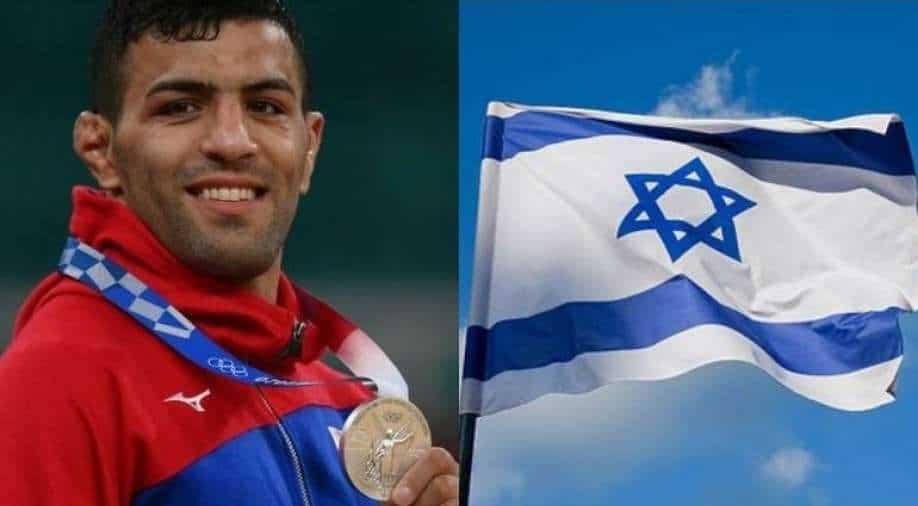 The former Iranian judoka Saeid Mollaei left his country after being told to lose on purpose, won silver at the Olympics for Mongolia, and dedicated the medal to Israel.

Mollaei, who was born in Iran but now represents Mongolia, dedicated his silver medal to Israel.

Since 1985, Iran and Israel have been involved in a proxy war.

Mollaei expressed his gratitude to Israel for its support over the years to the Israeli Sports Channel.

“Thank you to Israel for the good energy. This medal is dedicated also to Israel,” he told the network. “I hope the Israelis are happy with this win.”

He added in Hebrew: “Todah” (thank you).

Mollaei won his first Olympic medal two years after leaving Iran, saying that his national team coaches had instructed him to lose in the semifinals of the 2019 World Championships in Tokyo so he wouldn't have to compete against Israel's Sagi Muki in the final.

Mollaei then relocated to Germany, where he obtained Mongolian citizenship.

The International Judo Federation suspended Iran from the event for four years this year, calling its tampering "a significant breach and blatant violation of the IJF's statutes, legitimate interests, values, and aims."