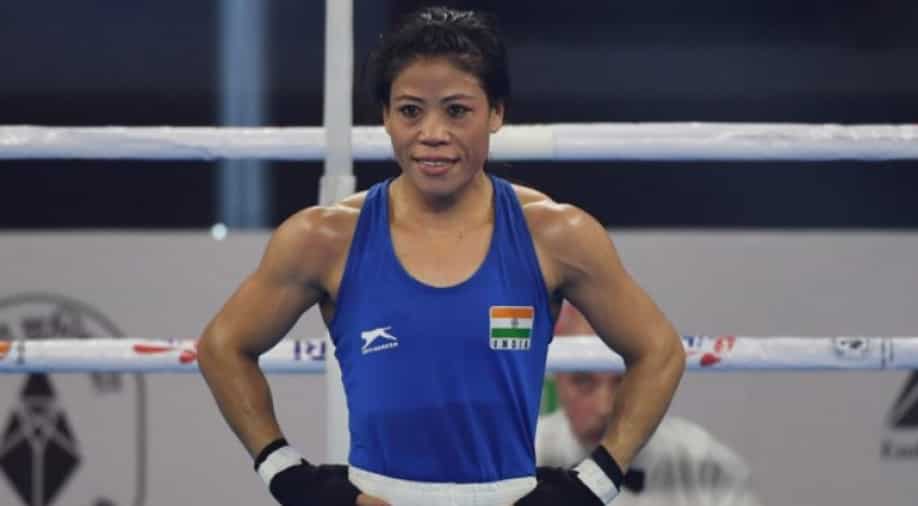 'When I entered the doping center to give my sample after the fight, even then I couldn't believe that I lost," says Mary Kom

MC Mary Kom communicated her scepticism at the result of her quarter-final bout against Colombian Ingrit Valencia at the Tokyo Olympics.

Mary Kom's dream for a second Olympic medal ended on Thursday after she was proclaimed the loser in a 3-2 decision in the quarter-final bout.

"I was also a member of the Task Force. I was even giving them suggestions and supporting them in ensuring a clean competition. But what have they done with me?" she said.

"I thought I was winning the fight. Then I saw Kiren Rijiju's tweet on social media about my defeat, I was shocked and upset after that. I don't know what to say, I can't believe a decision like this was made," she said.

Dear Mary Kom, you lost in Tokyo Olympics by just one point but for me you are always a champion!
You have achieved what no other female boxer in the world has ever achieved. You are a legend. India is proud of you🇮🇳
BOXING & OLYMPICS will miss you @MangteC 🙏 pic.twitter.com/caBe555e87

"I was happy inside the ring, when I came out, I was happy because in my mind I knew I had won. When they took me for doping, I was still happy. Only when I saw the social media and my coach (Chhote Lal Yadav repeated it to me), it sunk in that I have lost," she said.

"I had beaten this girl twice in the past. I couldn't believe that her hand was raised by the referee. I swear, it hadn't struck me that I lost, I was so sure," she added.

"The worst part is that there is no review or protest," she said.

"Honestly I am sure the world must have seen, this is too much what they have done," she said. "I should have got the second round unanimously, how was it 3-2? What happened was totally unpredictable," she reasoned.

Mary didn't have the best of starts to the match on Thursday as Ingrit went in all-out attack mode from the start. The defending bronze-medalist pushed Mary Kom on the back foot early, taking the first round 4-1.

Although, Mary raged back by playing it brilliantly in the second round, handling the scoring punches freely and influencing away from moves from her rival. She took the second cycle 3-2.

However, in the third round of what was an excellent boxing session, Mary looked noticeably drained. She went for the kill however it was insufficient for the Indian veteran.