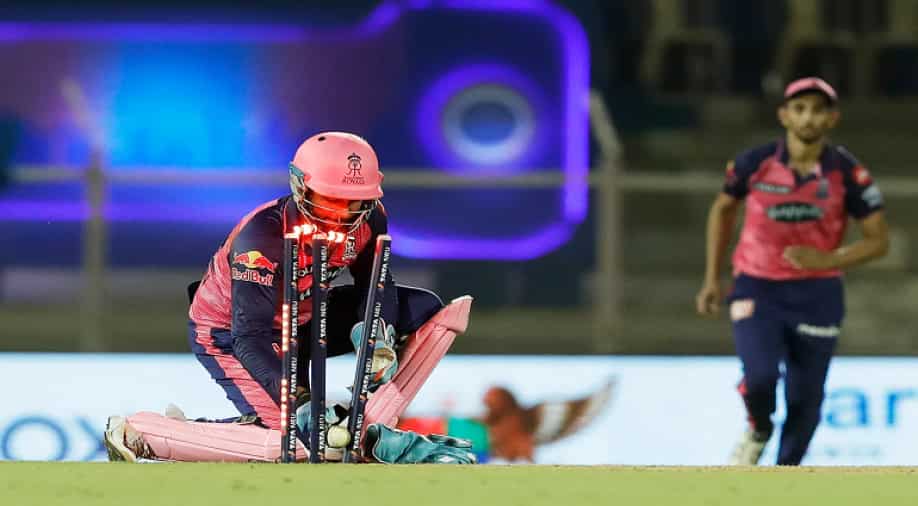 Yashasvi Jaiswal and Trent Boult were the top performers for RR as they won the match by 24 runs and are currently on 16 points.

Rajasthan Royals moved up to the second spot in the Indian Premier League (IPL) 2022 points table with a comfortable win over Lucknow Super Giants on Sunday. Yashasvi Jaiswal and Trent Boult were the top performers for RR as they won the match by 24 runs and are currently on 16 points.

Lucknow Super Giants moved out of the Top-2 due to the heavy defeat and although they have the same number of points as RR, the net run rate took a hit due to the loss on Sunday. While LSG move down to a NRR of 0.262, RR improved their run rate to 0.304 – the second best in IPL 2022.

Gujarat Titans continue to top the table with 20 points from 13 matches and with their win over Chennai Super Kings earlier in the day, they are guaranteed to finish in the Top-2. As a result, they will have two shots at reaching the final of the tournament on their debut season.

Chennai Super Kings suffered their ninth loss of the tournament as they remain in the ninth position with eight points – two points ahead of last placed Mumbai Indians (6 points from 12 encounters).

Royal Challengers Bangalore are currently fourth with 14 points while Delhi Capitals and Kolkata Knight Riders are fifth and sixth respectively with 12 points. However, DC have a slight advantage in the race to claim the playoffs spots as they have played a game less than RCB and KKR.

The seventh and eighth places belong to Punjab Kings and Sunrisers Hyderabad respectively.