IPL 2020: Lockie Ferguson steals the show as KKR defeat SRH in Super Over 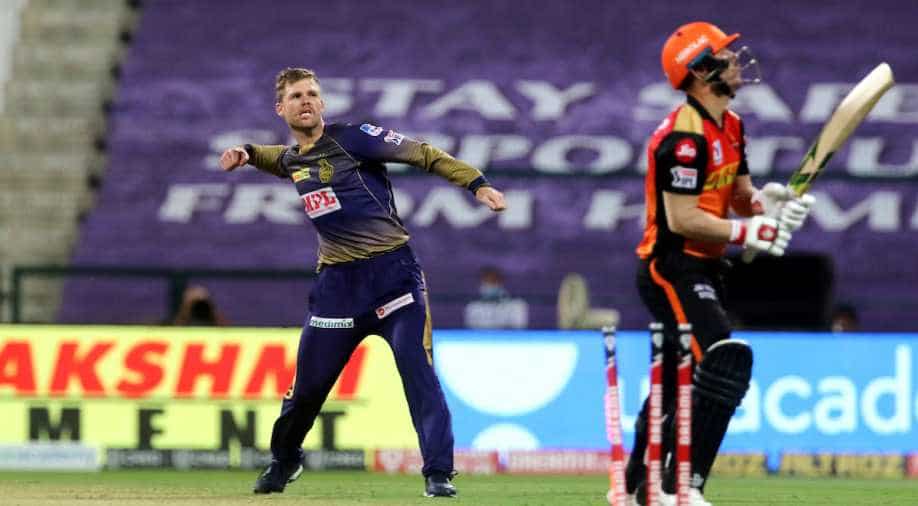 Kolkata Knight Riders on Sunday defeated Sunrisers Hyderabad in Super Over at the Sheikh Zayed Stadium in Abu Dhabi as the Indian Premier League (IPL) 2020 continues to throw nerve-racking moments.

Kolkata Knight Riders on Sunday defeated Sunrisers Hyderabad in Super Over at the Sheikh Zayed Stadium in Abu Dhabi as the Indian Premier League (IPL) 2020 continues to throw nerve-racking moments.

Sunrisers Hyderabad, surprisingly chose to field first after winning the toss in Abu Dhabi, which has favoured team batting first. KKR were off to a decent start in the powerplay but lost Rahul Tripathi soon. Shubman Gill and Nitish Rana played handy knocks of 36 and 29 respectively but failed to make it big. Andre Russell’s poor form continued for KKR in IPL 2020 as the Windies brute was caught for 9.

However, it was Dinesh Karthik and Eoin Morgan, who took KKR to a competitive score as they hammered 29 off 14 and 34 off 23 respectively to give a fine finish to the Kolkata outfit as they posted 163/5 in 20 overs.

Kane Williamson and Jonny Bairstow took SRH off to a flyer but it was KKR pacer Lockie Ferguson who came into the party and got his New Zealand captain’s wicket. The Kiwi quick soon sent Priyam Garg packing before pinning a yorker to Manish Pandey. David Warner along with Abdul Samad stitched a good partnership and took the game to the Super Over.

While Warner, Bairstow walked out to bat for SRH in the Super Over, it was Ferguson again who dismissed Warner and then Abdul Samad for just two runs. Chasing three, Dinesh Karthik and Eoin Morgan finished the match with singles and twos as KKR clinch yet another close win in IPL 2020.

With the win, KKR reach 10 points in IPL 2020 and have a four-point gap from the other teams lying behind them.