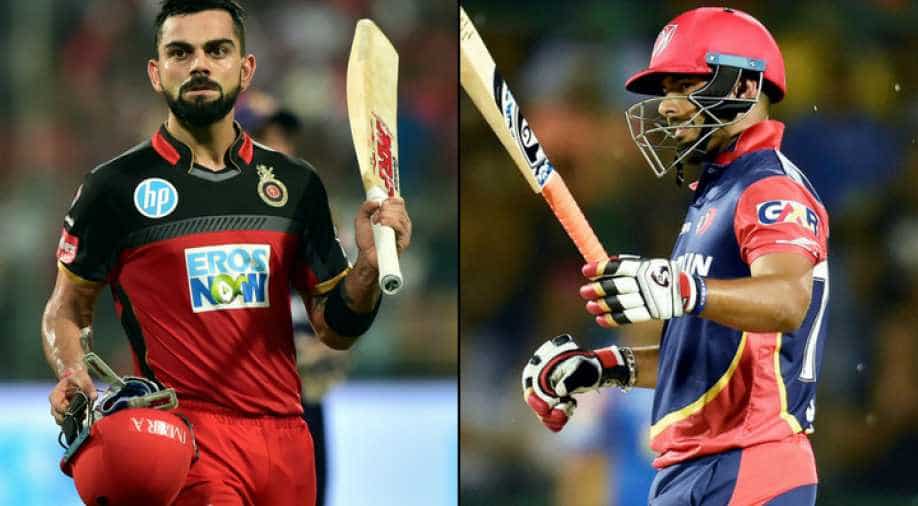 On one side, Bangalore can't afford to suffer the loss in tonight's game but Delhi have got nothing to lose and they can definitely spoil Virat's plans.

Bangalore have won just three wins from 10 games, have to win their remaining four games to have any chance of making the play-offs and given their ordinary run so far in the ongoing edition of Indian Premier League, Bangalore doesn't evoke much hope even playing against a team which has already been eliminated.

Although, team Delhi is not in the play-off race but still they have improved their performance in the previous few games. In Delhi's previous encounter against Hyderabad, Rishabh Pant played a splendid inning and scored unbeaten 128 runs with a 200+ strike rate, he is also the orange cap holder at the moment.

Skipper Virat Kohli is the team's leading run-scorer with 396 runs at 49.50 but the team has failed miserably as they were unable to chase down a modest total of 147 runs.

The Bangalore have done alright with the ball and they would be hoping to maintain that at the high-scoring Kotla.

It will be interesting to see how both teams will set the playing XI and there are chances that Shreyas Iyer might include Nepal's spinner Sandeep Lamichhane and South African pacer Junior Dala.

On the other hand, Virat Kolhi's side is quite balanced they just need to focus on collaborative efforts and teamwork.

Spain reigns on top as Rafael Nadal second behind no.1 Carlos Alcaraz in ATP rankings