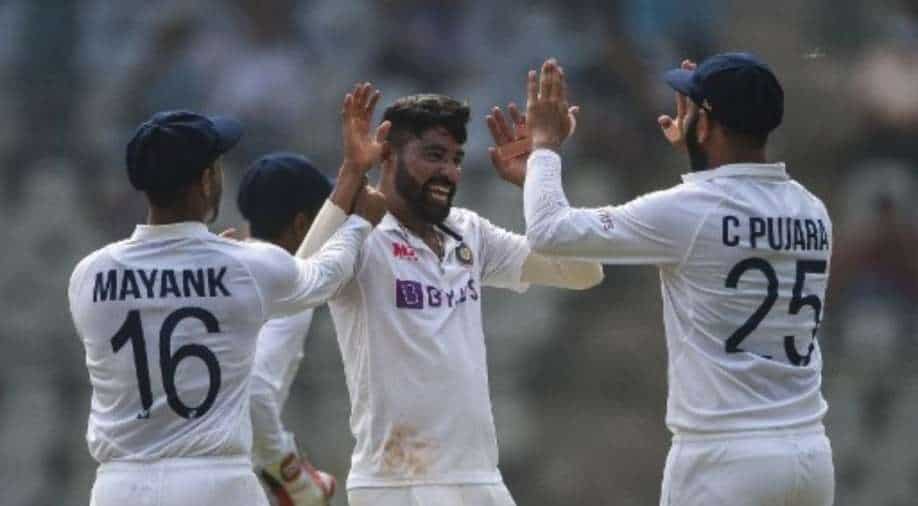 Talking about his performance, Siraj said, "After I got injured, when I started training, I did a lot of single wicket bowling with an aim to get as much swing as possible"

Former Indian cricketer Aakash Chopra said that no one felt the absence of experienced pacers, such as Mohammed Shami and Jasprit Bumrah in the Indian squad during the second Test match against New Zealand because of Mohammed Siraj.

During a discussion on Star Sports, Chopra heaped praises on Siraj, who wasn't part of the Indian squad during the first Test that ended as a draw. However, Siraj replaced injured Ishant Sharma in the second Test and made most of the opportunity.

During the match, the star pacer's stunning spell helped India to bowl out Kiwis at 62 in their first innings at the Wankhede Stadium. He took three crucial wickets of Will Young (4), Tom Lathan (10) and Ross Taylor (1). Siraj was supported by off-spinner Ravichandran Ashwin, who claimed four wickets. On Day 2 stumps, India were 332 ahead after not enforcing the follow-on and reaching 69 for 0 in their second innings.

Talking about his performance, Siraj said, "After I got injured (in the first New Zealand Twenty20 last month), when I started training, I did a lot of single wicket bowling with an aim to get as much swing as possible."

"That was my focus and when I would get the chance in a Test match, I had to consistently hit one area and that's what will help me build my rhythm," he added.