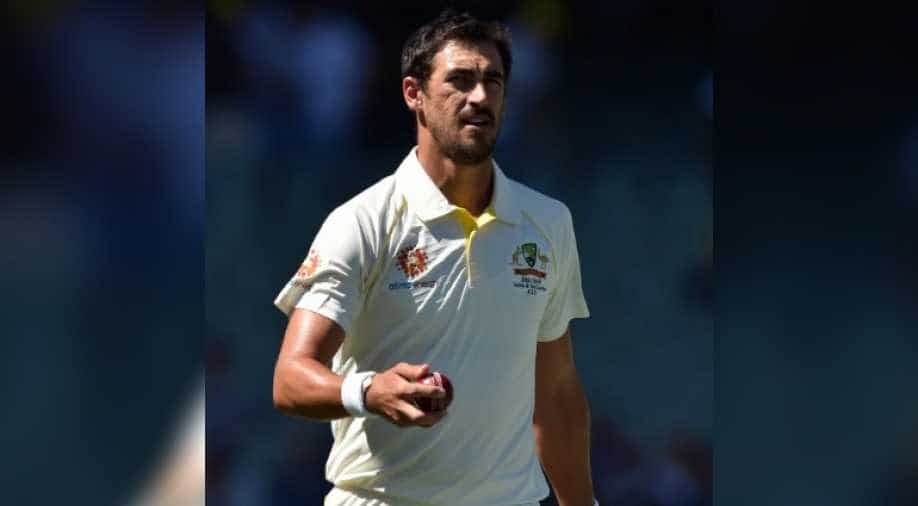 More misery have been added to Virat Kohli-led team India in the opening day of the first Test as the visitors were at 129 for the loss of six wickets after 50 overs.

The Australian bowling department, especially the pacers, have dominated the game so far.

Australia grabbed early wickets, including the prized scalp of star batsman Virat Kohli, to have India on the ropes.

After thrashing the top batting order, the Aussies continued the attack as they dismissed Rohit Sharma and Rishabh Pant.

Now, all eyes are on Cheteshwar Pujara as he is playing at a score of 376 runs after facing 120 balls.

Spinner Nathon Lyon, who came into the attack in the 13th over, has stunned the Indian batsmen with his splendid bowling including taking two crucial wickets.

Batting after Kohli won the toss on a day when temperatures are forecast to hit 39 Celsius (102 Fahrenheit), the visitors crumbled under an opening barrage from quicks Mitchell Starc, Josh Hazlewood and Pat Cummins.

Pant is out caught behind, and another Indian mini-partnership is broken.

Tim Paine said, "We expect the batsmen to stand-up, we have good players who have done well domestically over the past five-six years"