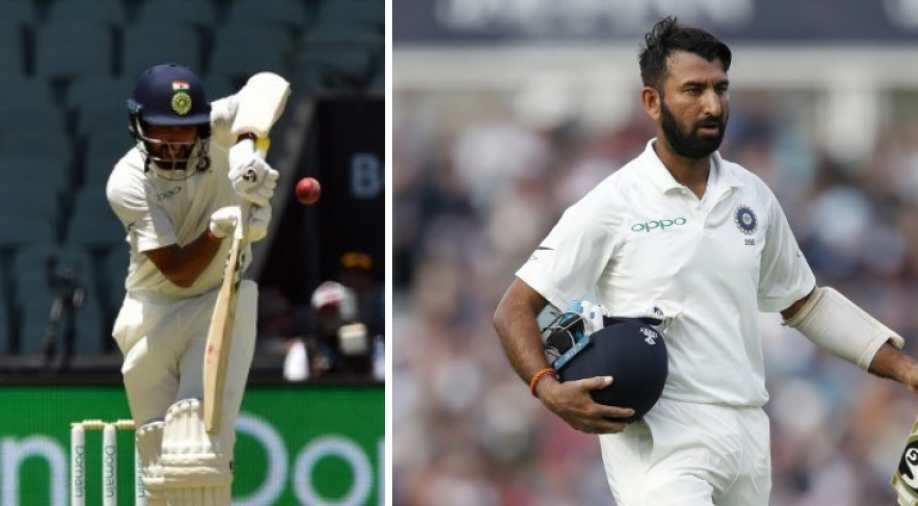 Cheteshwar Pujara slammed his 16th Test century in the opening Test against Australia on Thursday, also his first century on Australian soil.

In a pressure situation when other players stumbled in front of the Australian brutal bowling, Pujara was at the helm of salvaging India's innings in Adelaide.

Earlier, Australia grabbed quick wickets in the first session, including the prized scalp of star batsman Virat Kohli, to have India on the ropes.

After winning the toss on a day when temperatures are forecast to hit 39 Celsius (102 Fahrenheit), the visitors crumbled under an opening barrage from quicks Mitchell Starc, Josh Hazlewood and Pat Cummins.

A supreme, defiant knock, even as the rest of the Indian batsmen struggled, and he has kept the team's hopes alive here. #AUSvIND LIVE ⬇️https://t.co/sCMk42Mboc pic.twitter.com/T29wQax7Hk

Veteran Murali Vijay didn't last much longer, caught behind by skipper Tim Paine of Starc for 11.

Rohit slog-swept the spinner for six but it was a risky play as debutant Marcus Harris leaped to catch the ball just behind the rope before tossing it back inside in a failed bid to save runs.

Rohit was out next ball with another ham-fisted attempt to clear the short square boundary, skying a simple catch to the same fielder after Lyon had pitched the ball shorter.

Rishabh Pant was greeted with fierce pace from Mitchell Starc, who beat the young wicketkeeper's bat twice in succession and followed up the deliveries with verbal assaults.

He responded in turn by smashing Starc for six behind square to bring up India's 100th run and then sent an edge flying past the slips for four.