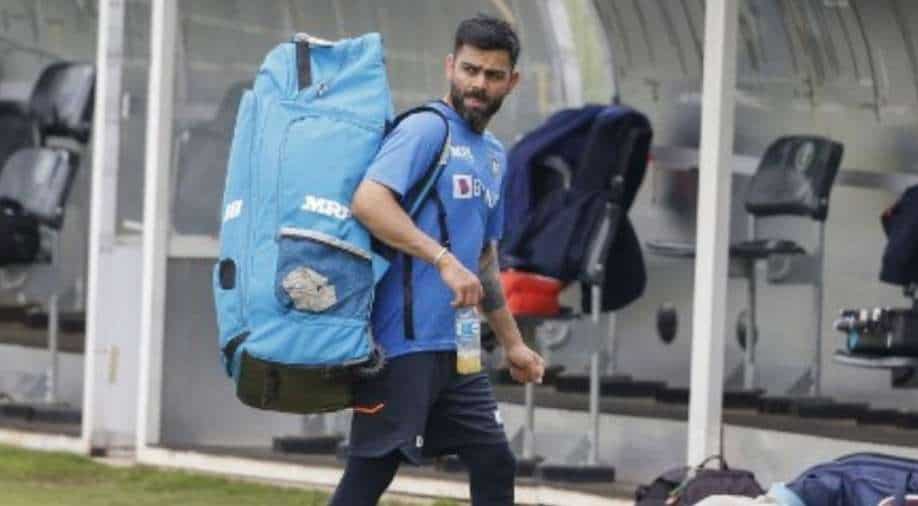 This is a file photo of India's Virat Kohli as leaves the pitch after training at SuperSport Park in Centurion on December 21, 2021. Photograph:( AFP )

During the pre-match press conference on Sunday (January 2), Dravid was asked about why Kohli has not addressed the media so far in the tour.

Dravid said, "There is no specific reason for that. I don't decide this but I am told he will be speaking on eve of his 100th Test. Then you can ask all the questions on his 100th Test."

It is important to note that Kohli will make the 100th Test appearance during the third match against South Africa in Cape Town, which is scheduled to start on January 11.

The newly-appointed head coach also lauded Kohli for being "phenomenal" despite all the "noise around him".

💬 💬 Ahead of the second #SAvIND Test, #TeamIndia Head Coach Rahul Dravid speaks about the takeaways from the series opener in Centurion. pic.twitter.com/ly3blvbU98

A sleep away from the second Test at the Wanderers 🏟️ 👌#TeamIndia #SAvIND pic.twitter.com/FsF5L7uDbw

On the eve of the second Test against South Africa, Dravid said, "Virat has been phenomenal over the last 20 days."

"The way he has trained and prepared, the way he has connected with the group has been fantastic inspite of all the noise around him," he added.

Virat Kohli-led Team India will be locking horns with South Africa in the second Test on Monday in Johannesburg.