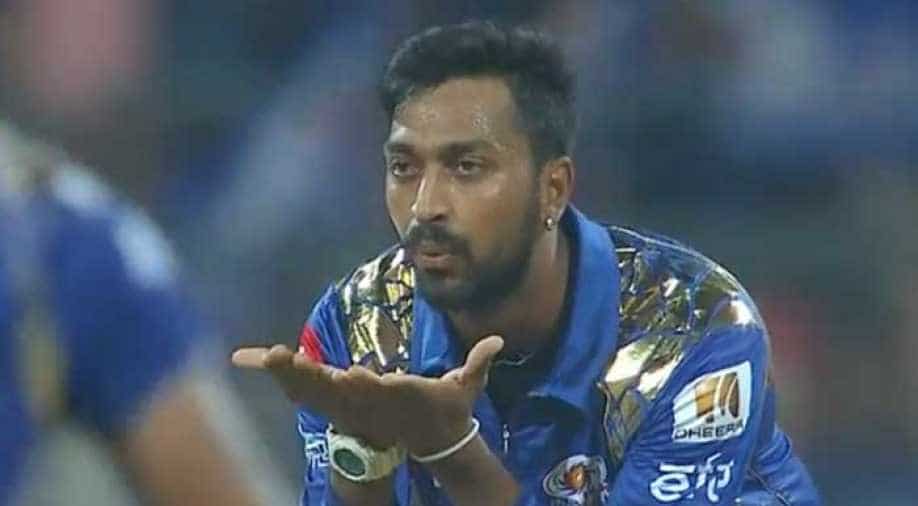 According to the sources, he had reportedly made purchases of valuables, including gold chains, totalling to a huge amount, which was considered much above the permissible limits as per Indian laws.

Indian Cricketer Krunal Pandya was detained at the T2 International airport in Mumbai by the officials of Directorate of Revenue Intelligence (DRI) for allegedly being in possession of undisclosed gold and other valuables.

"Cricketer Krunal Pandya stopped by Directorate of Revenue Intelligence (DRI) at the Mumbai International Airport over suspicion of being in possession of undisclosed gold and other valuables, while returning from UAE," DRI sources said.

According to the sources, he had reportedly made purchases of valuables, including gold chains, totalling to a huge amount, which was considered much above the permissible limits as per Indian laws.

After this was brought to his notice, Pandya admitted that he was unaware of the rules, apologised and even agreed to pay the penalties on the same.

He further assured that he would not repeat the error after which the DRI allowed him to leave.

Krunal recently featured for Mumbai Indians in the 13th edition of the Indian Premier League (IPL) held in UAE. The Rohit Sharma-led side won their fifth IPL title on Tuesday after defeating Delhi Capitals in the finals of the tournament. The franchise had earlier won the tournament in 2013, 2015, 2017, and 2019.

The all-rounder has played 71 matches for Mumbai Indians in the IPL. He was the player of the match in the IPL 2017 final and had helped Mumbai Indians defeat Rising Pune Supergiant to claim their third title.In this year's IPL, Kings XI Punjab (KXIP) skipper KL Rahul won the Orange Cap while Delhi Capitals pacer Kagiso Rabada won the Purple Cap.

Rabada finished with 30 wickets from 17 matches, while Mumbai Indians pacer Jasprit Bumrah finished the tournament with second-most wickets (27) this season.