India vs WI: Virat Kohli joins Rohit Sharma at the top in elite list with blistering 52 in 2nd T20I 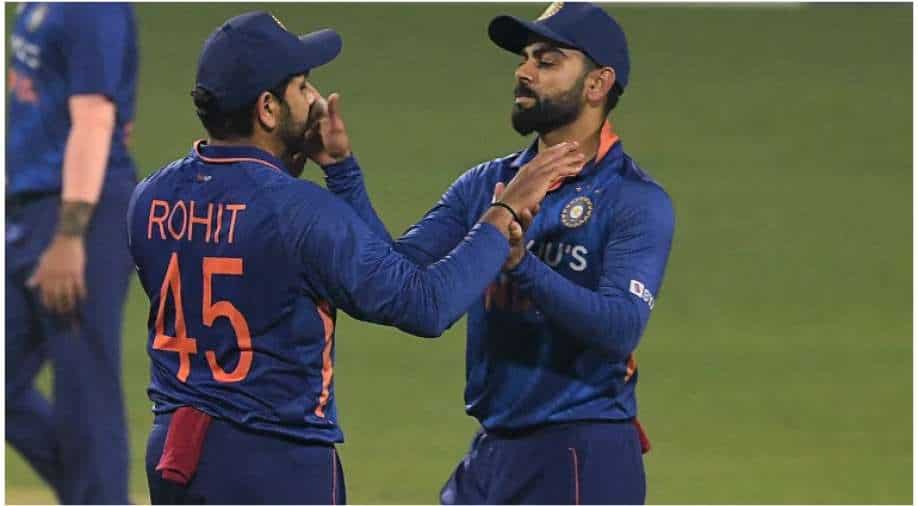 India vs WI: Virat Kohli returned with an impressive 41-ball 52 in the second and penultimate T20I versus West Indies. With this, he has joined Rohit Sharma at the top of an elite list:

Team India won the second and penultimate T20I versus West Indies in a thrilling contest, held on Friday evening (February 18) at Eden Gardens, Kolkata. Being asked to bat first, India posted 186-5 and defended the score by 8 runs despite Nicholas Pooran-Rovman Powell's pyrotechnics.

There were a lot of positives for the Rohit Sharma-led Indian team. One of the biggest shining points was the return of Virat Kohli's form. While Kohli had two fifty-plus scores in the South Africa ODIs, he fell flat versus the Kieron Pollard-led Men in Maroon in the 50-over series. The former Indian captain got a start but fell for 17 in the series opener before turning the tide emphatically with a blistering 41-ball 52 on Friday evening. The 33-year-old Kohli started off aggressively and while he did get a tad bit slow as his innings progressed, he got to his fifty with a six.

On the very next delivery, he was cleaned up by Roston Chase as Kohli walked back for 52. With another half-century in the shortest format, Kohli has joined Rohit at the top with most fifties in T20Is.

Most half-centuries in T20I cricket

After his impressive fifty, Kohli told the broadcasters at the half-way stage of the second and penultimate T20I, "I decided to be positive when I went in. Despite losing a few wickets, I wanted to continue in the same way. I was disappointed to get out because the game was set up nicely to go hard in the last few overs, which is my strength. I am happy that I went out with a clear intent today."

At the post-match presentation, Rohit lauded Kohli and said, "It was very important innings from Virat. The way he started off, took the pressure of me as well. We didn't start well in the first two overs, then he came in and started playing those shots which was very pleasing to the eye."