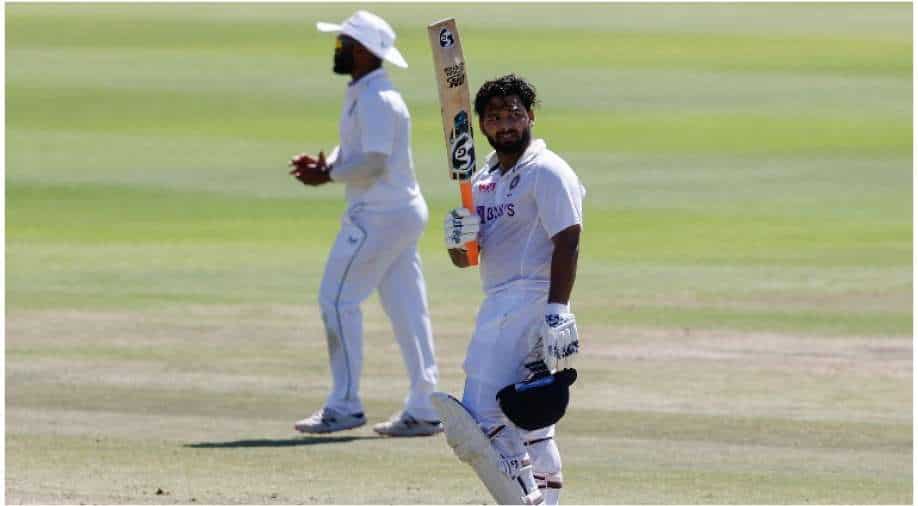 Riding on Rishabh Pant's unbeaten 100, India set a tricky target for the Dean Elgar-led South Africa on Day 3 of the third and final Test in Cape Town. With his ton, Pant entered record books as well.

Day 3 of the third and final Test between India and South Africa commenced with the Virat Kohli-led Indian team 57-2, with an overall lead of 70 runs. Kohli & Co. needed few good partnerships to take the lead beyond the 200-run mark as the visitors aimed to setup anything over 250 as target for the Proteas.

However, India's day started on a forgettable note, on Thursday (January 13), with Cheteshwar Pujara and Ajinkya Rahane falling soon. Nonetheless, Captain Kohli was joined by keeper-batsman Rishabh Pant in the middle as the duo stitched a vital 94-run stand for the fifth-wicket to take India's score forward. While Kohli was watchful and kept on guiding the youngster at the other end, the 24-year-old Pant continued to add runs after his skipper's departure and went onto slam his fourth ton in the purest format of the game.

ALSO READ | He has technical faults, will get more exposed in overseas conditions: Agarkar opines on Indian batter

With an unbeaten 100-run knock, Pant entered the record books among keeper-batters. The left-hander is the first Asian keeper-batsman to score a hundred in South Africa. He is also the first Indian keeper to score a ton in South Africa, England and Australia. In addition, the 24-year-old became only the second Indian keeper overall to score a triple-figure knock versus the Proteas (first in SA), after MS Dhoni. Also, Pant has most hundreds among Asian keeper-batters in SENA countries (3). Pakistan's former cricketer Moin Khan comes second in the list (2).

This became the first instance in cricket history that all of Indian batters (20 wickets) were caught out in both innings.

Courtesy Pant's 100, India were bundled out for 198 in 67.3 overs in their second innings of the series decider, at Newlands, Cape Town on Thursday. Elgar & Co. need 212 runs to win the match and attain a memorable series triumph against the No. 1 ranked Indian team.

On the other hand, Kohli & Co. are still in contention to win their maiden Test series in the rainbow nation with a tricky total to defend.